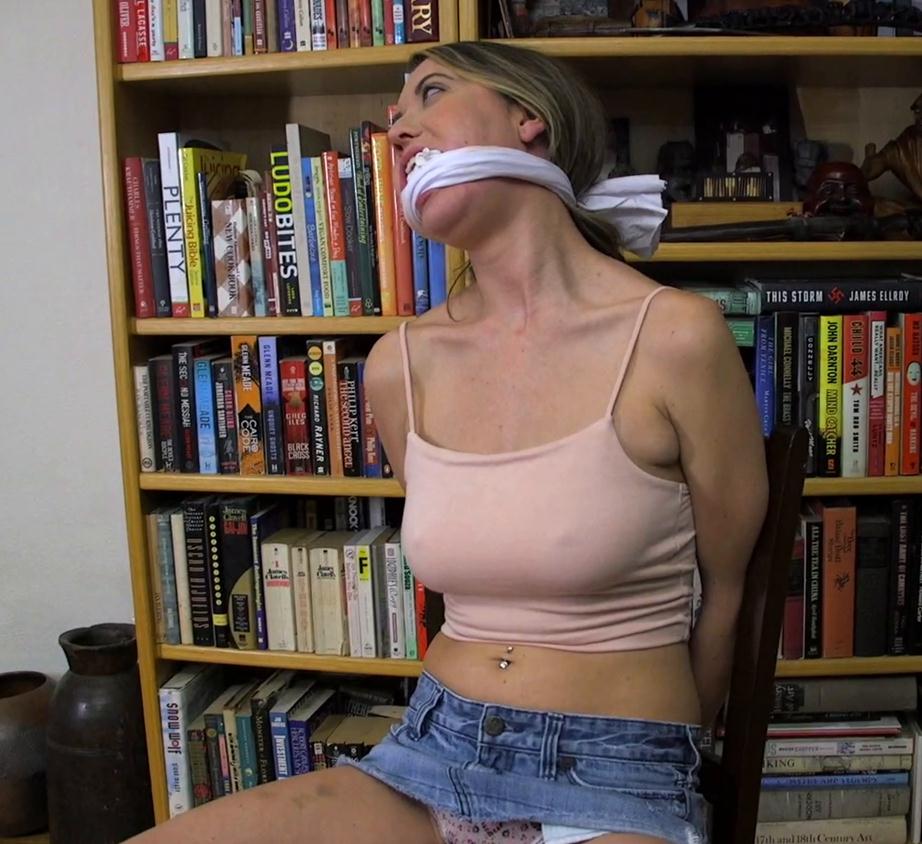 Dressed in a tight tank top and short denim miniskirt, Chrissy is ready for some kinky fun. She’s always willing to be tied up but this time she has her heart set on testing herself with some truly mouth filling gags. Oakman is happy to oblige and before she knows it she’s tied to a chair and ready to be packed to the brim! Chrissy’s first gag acts as a bit of a warmup stretch, with a pair of her panties stuffed into one of her socks and packed into her mouth before being tightly cleaved between her teeth with a white cloth.

The gag is removed after she tries to talk through it for a short time and she’s ready for a 2nd.She thinks the stuffing for the first gag was probably big enough but Oakman brings out a pile of nylons to show her she can go bigger. After he rolls a few nylons into tightly wound balls before stuffing them in her cheeks, Chrissy gets impatient and tells him to quit rolling them and just stuff them in already and he does just that, cutting off any more comments from her. Her mouth looks pretty full after 4 or so nylons but somehow Oakman manages to cram in a total of 8 before using a tightly strapped body bag gag to hold them in place… 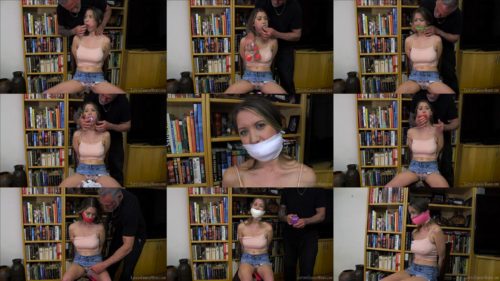