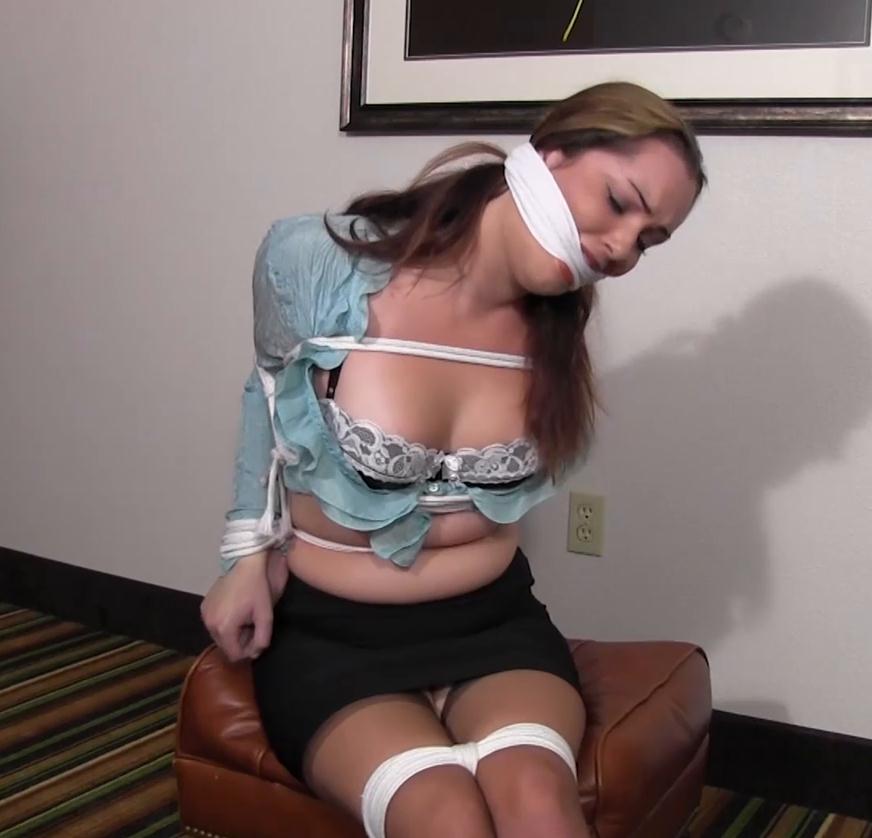 Belle is supposed to be doing her work. But she has a thing for bondage and loves looking at video clips of girls tied up and gagged. But today when she thought the boss was away, she didn’t notice him walking up behind her. Apparently the business meeting he was supposed to be at got cancelled. At first he was upset with her. But when he found out just how much she loved and even offered to let him tie her up, how could he continue to be mad.

He short time later, Belle found herself bound and gagged(On-Screen). As Belle struggled, she felt the tight rope cut into her skin and that had her very turned on. But then all of a sudden she felt the zipper of her very tight skirt burst open. Now with her panties showing, Belle was very embarrassed. “You can’t just leave me like this!” she tried to tell him. But that wouldn’t last all night. Because by the time she gets herself untied, the boss will have seen a lot more of her, than just her pretty panties. 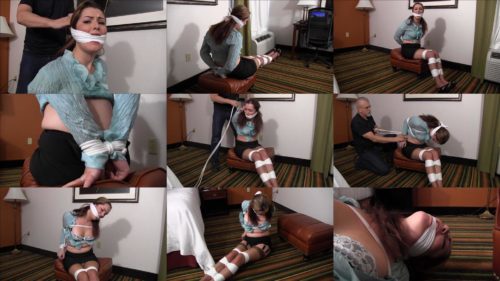