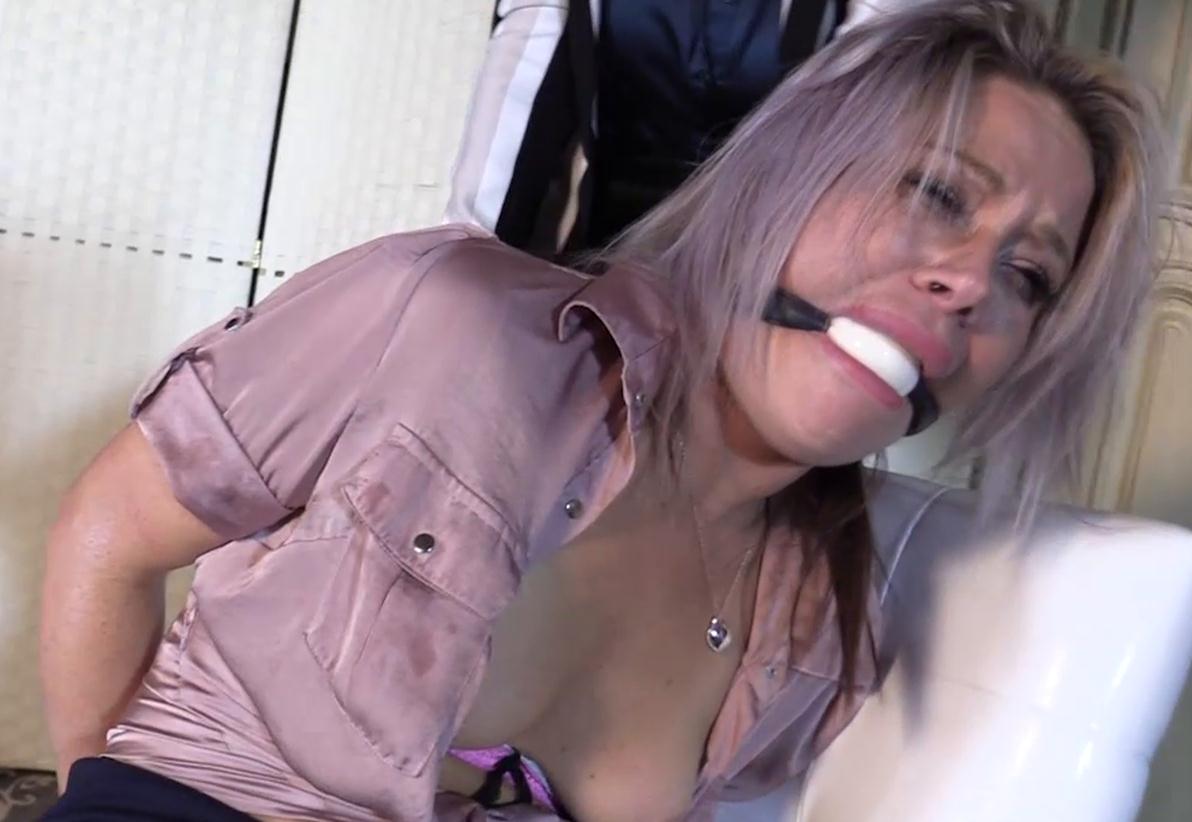 Adara Jordin thinks she is going to meet a potential roommate, not a the woman of her nightmaresв Seeing no way out of the ordeal she is quick to comply with the woman. She is taped up, ballgagged, groped, knocked out, nipple clamped and taped into a little ball with her heel on her face on the floor. Then she is taken away, cuffed into a van at the wrists with hinged cuffs on the ankles and then taken to an office where she is cuffed again on the floor, before being forced to suck on a strap on and banged with it.

She has already been forced to strip and her own clothing is being used against her as her wrists are tied with her bra, legs tied with her skirt and her pantyhose are used as a cleave. Once the woman is done invading her holes she is forced to get back into her pantyhose which her soon to be buyer much prefers to bare legs. She is tied with legs spread on the couch and her head has been wrapped with tape. She wonв’t be moving in with this woman, but she will have a new roommate, the man that is coming to buy her 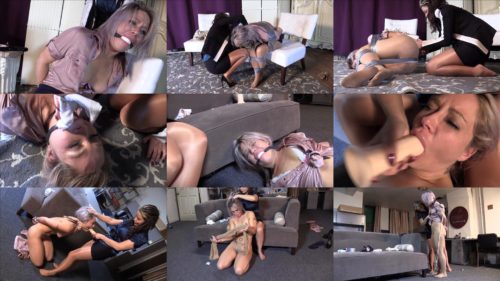