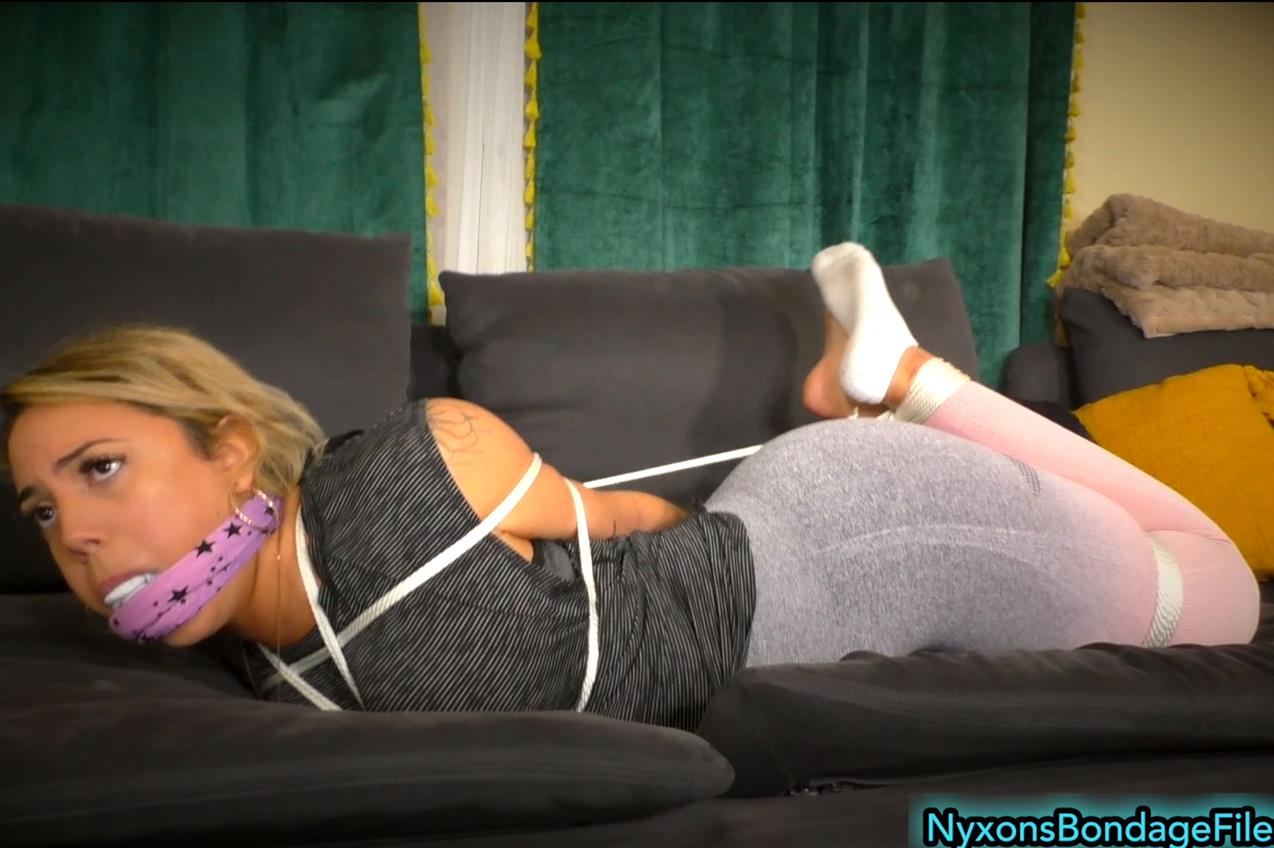 Nika Venom is babysitting twin boys, and they approach her about playing a game. She tells them “No” at first, but the twins persist and finally Nika hesitantly agrees. The next scene opens up with Nika seated on the couch, two pieces of cloth stuffed in her cheeks and a strip of duct tape over her mouth.

Then, they decide to make it a little harder for her. The next scene opens up with Nika hogtied on the couch, mouth stuffed with 2 clothes and one of her socks, and cleave gagged. She struggles around for a few minutes before finally spitting out the stuffing from around the cleave gag. She demands to be untied, but the boys have other plans.

The removes her other sock, and shove that into her mouth with the other stuffing, and then wrap clear packing tape over her mouth and around her head to seal it all in. Nika angrily struggles and screams from behind the gag. Eventually, Nika gets herself loose and removes her gag and stuffing. 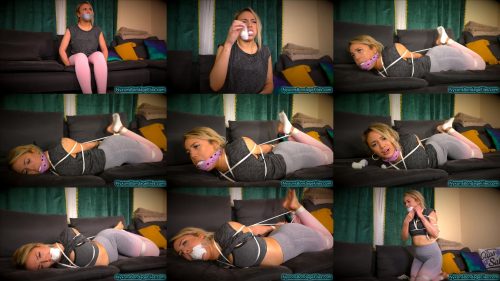