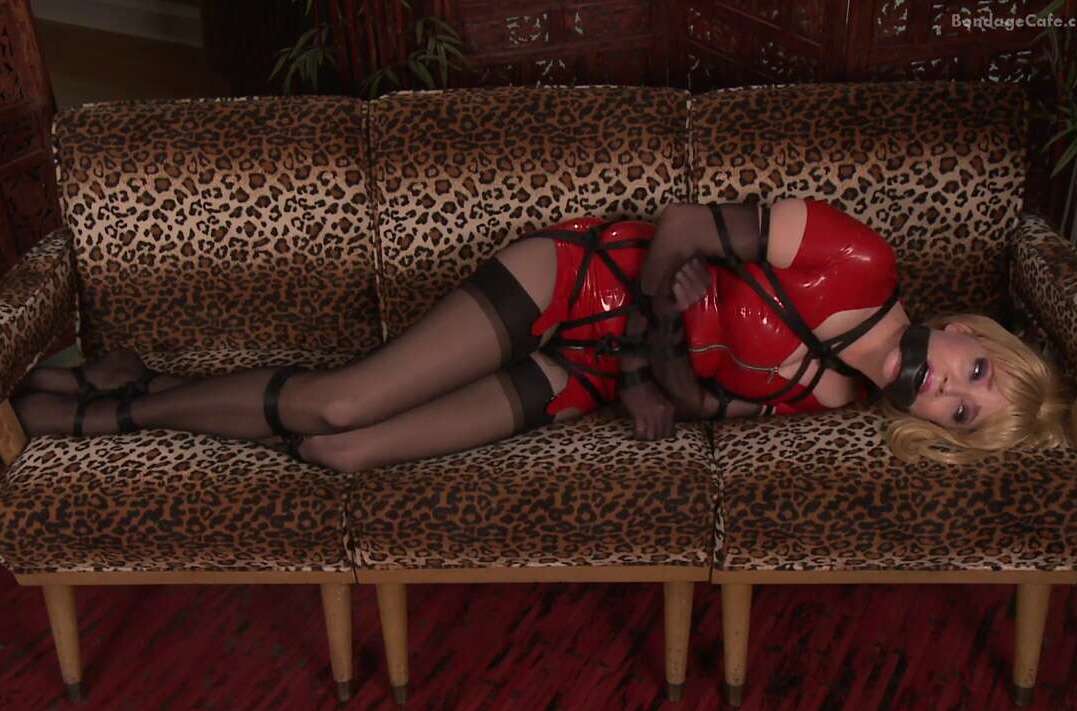 This tie is another example of me doing the improv thing. We started with a position with her hands behind her, but that just wasn’t working, we I started over and decided to do something a bit different. This sort of tie has really become one of my things. You start at the wrists and then wind up and down the body, making sure that the ropes are in the right place and at the right tension, and tying a lot of overhand knots throughout the process. The end result is a tie that is crazy tight and also one where Sara is completely helpless.

Some of you out there (I know you exist because I’ve heard from you in the past) feel that bondage isn’t really bondage if the hands aren’t tied in back. I’m not exactly sure why that it – it doesn’t actually play out in real life, but even without that argument, all you have to do is ask Sara. There is one knot that is attaching her crotchrope that is tied near her hands, but She can’t bend her wrists around to reach it (I asked her to try before giving my final approval just to be safe).

If you want to know how helpless she ended up, all you have to do is watch the video. She is NOT a fan of being tickled and you will see at the end of the video that once her legs were tied, she couldn’t move at all. It was a major accomplishment for her to just get from on her back to her front. She told me that she had never been tied in a position where she had no leverage at all… mission accomplished. ? 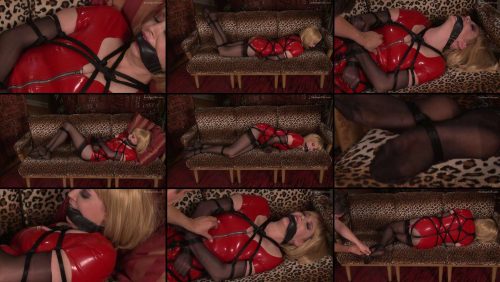