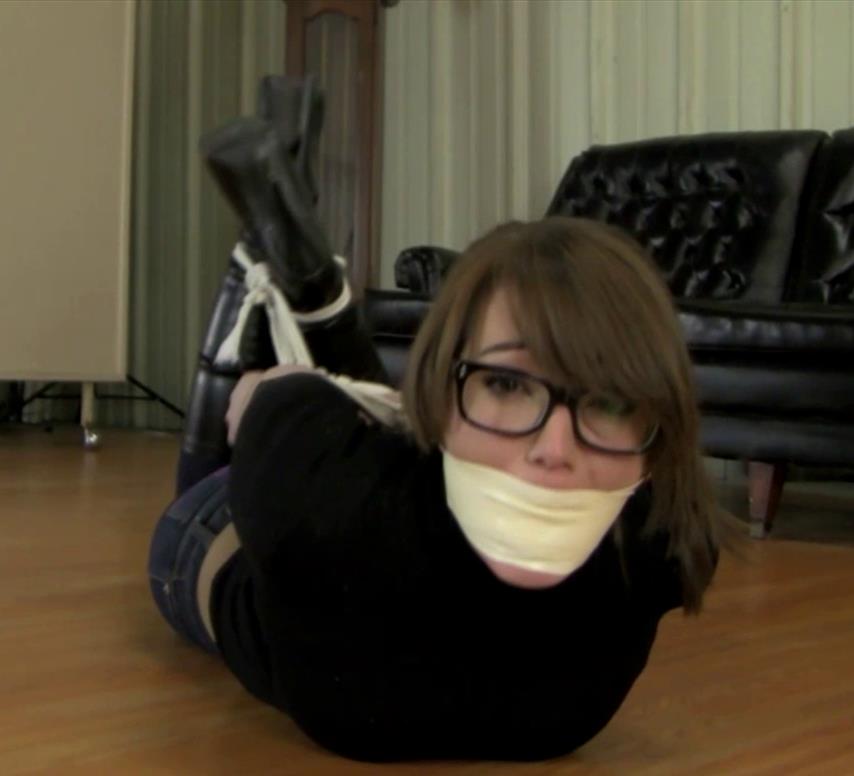 Lizz is babysitting and she’s got a pair of unruly charges in her care. She notices that they have one of their toys tied up and starts urging them to clean up their toys before their parents get home. She tries to barter out 15 minutes more with them and suddenly she finds herself bound at the wrists, ankles, and knees.

She starts scolding them before they run off to play with their toys. Lizz struggles to try to free herself as her charges exit the room but they know their knots well and none of them budge. Coming back they shove a sock in her mouth and seal it in with tape wrapped tightly around her head. She rotates around and her elbows are also now bound and she’s furious about it.

Struggling around a bit she hops over to them and yells through the gag before they scamper off and she’s left to roll around on the floor again tightly bound and gagged.

One more time they come back in to hogtie and taunt their babysitter before leaving again to play before their parents get home. Eventually the dad comes in and taunts her about falling for their ruse before heading off to scold them but much to her dismay leaving her still tightly bound and gagged. 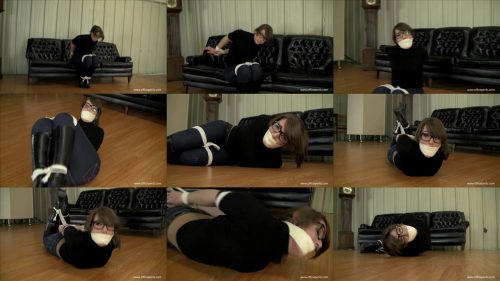