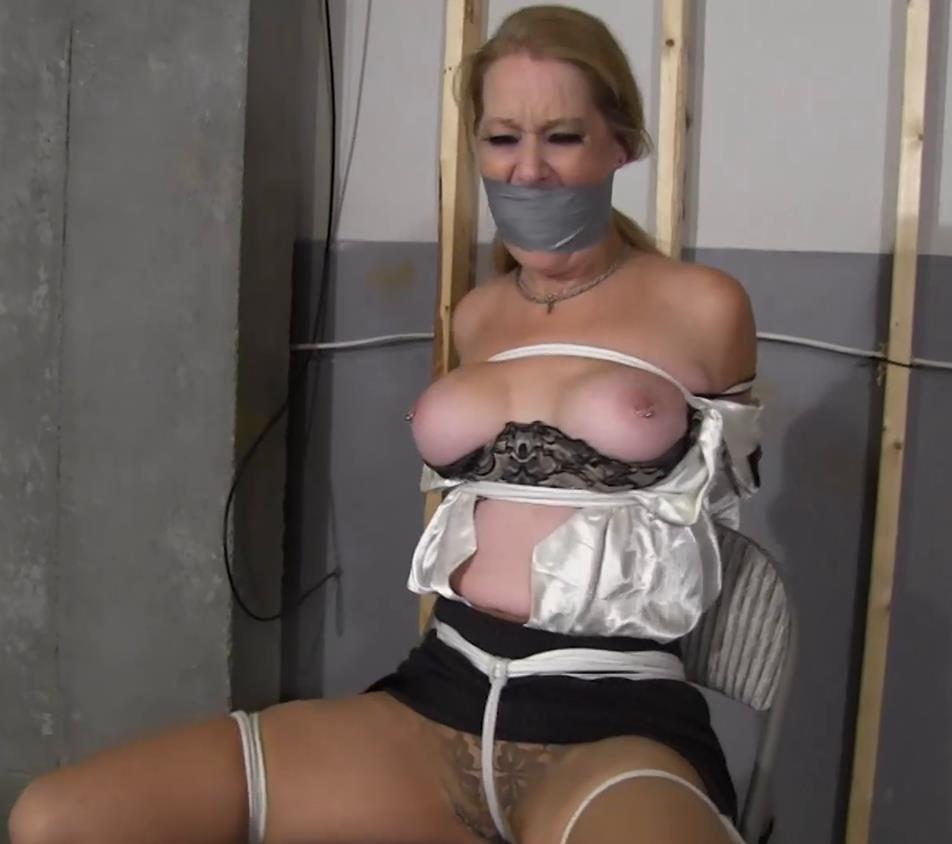 The boyfriend then tells Kristyna that he has found out she is not only cheating on her husband, but that he knows she has been cheating on him too, with another man from the local bar. He tells her that because of this, he is going to punish her and then leave her bound and gagged with her tits out in the basement for her husband to find her.

Kristyna is having an affair with the man next door. Tonight she wanted to be very adventurous. So she brought her boyfriend over with her husband upstairs napping. When she told him that he wanted to do something kinky, he made her sit on a chair and tied her up with rope.

At one point they realize that Kristyna’s napping husband might hear them. So the boyfriend decides to do something about that. Using a big pair of panties, he stuffs her mouth. To pack them in tight, he wraps tape over her mouth to gag Kristyna.

Knowing Kristyna hates being tickled, he ties her legs apart so he have tickle her inner thighs and her feet. Through the gag, Kristyna sequels loud as she is tickled by the man. Finally, before the boyfriend leaves her, he pulls her bra down and ties a crotch rope between her legs. Although as she is left alone… 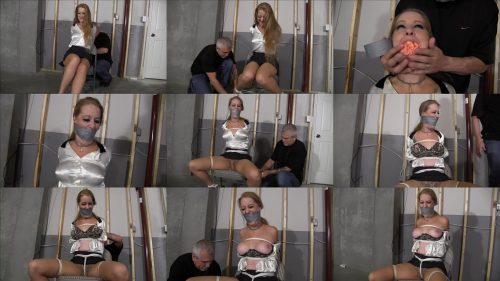