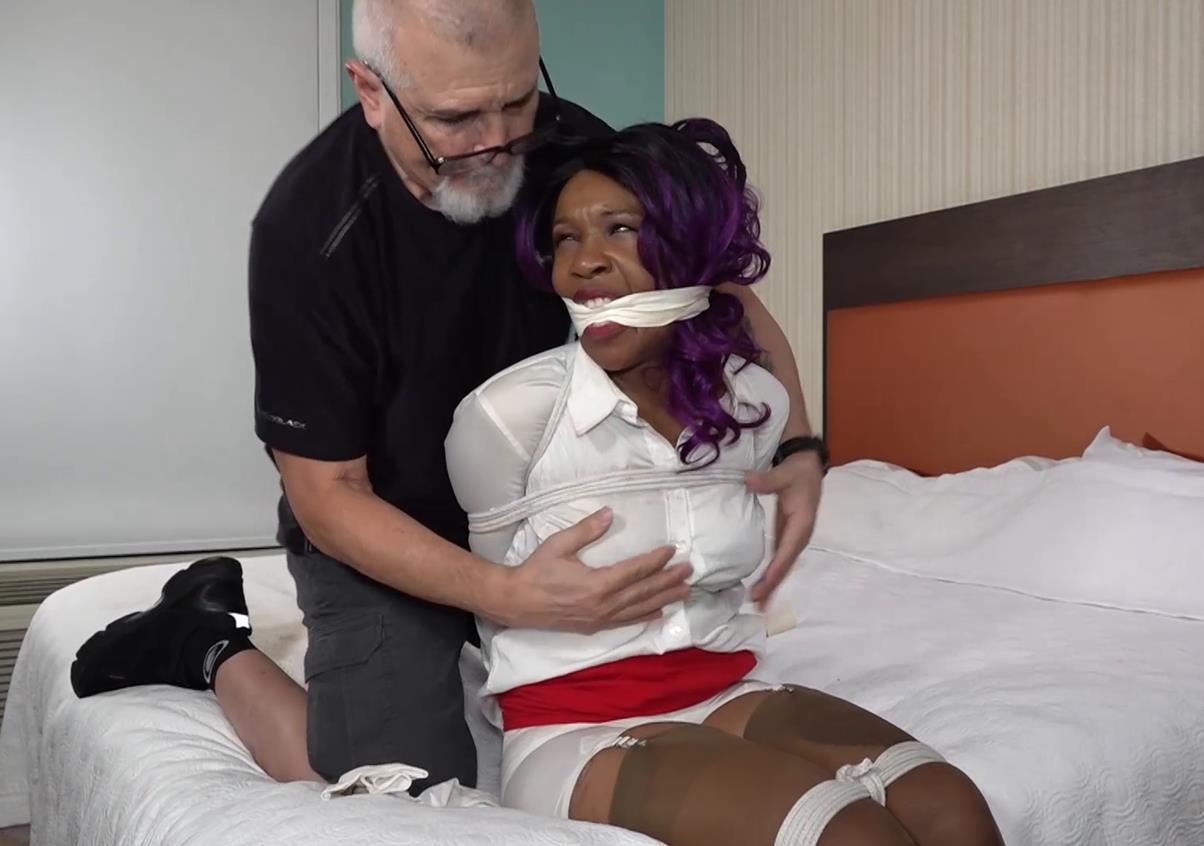 “After all, what could possibly happen!” She tells the friend. The scene then shifts to her bedroom and Cupcake has found out just how bad things could turn out as this man has her hogtied and gagged. Cupcake is furious as she struggle hard to get loose. At one point, she is able to get out of the hogtie. But her legs and ankles remain bound securely.

Now, her skirt has risen up above her waist to show she is wearing a tight little panty girdle. In the end, the man will have Cupcakes tits out and by that time, she will have settled to down and be ready to let the man have his way with her, as she wanted in the first place. 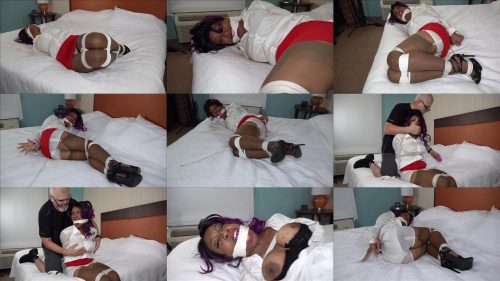 Enchantress Sahrye is bound with rope tight– Whatever you do! Do not open that box! - Rope bondage
Crystal Frost is taped – Grunting muffled complaints gagged with panties - Crystal struggled but sh...
Dark fantasy - Shinybound Summer Marshall struggles to get away in spandex disco jeans - Club Girl C...
Bound Dolce Vandela is ready to be fucked again– She wanted to be tied up and played with GNDB0470
Tape bondage - Chichi Medina is taped and gagged in her pajamas gndbondage – Home Invaded- Chichi Me...
Rope bondage - Enchantress Sahrye – Show me your panties tied up and gagged! - Tight bondage
Chrissy is all tied up and struggles - Chrissy Marie wiggles her way out of the tight bondage - Sex...
Extreme bondage - Diamondly is bound with painful rope - Xtremely -tight hard chair tied and torture...