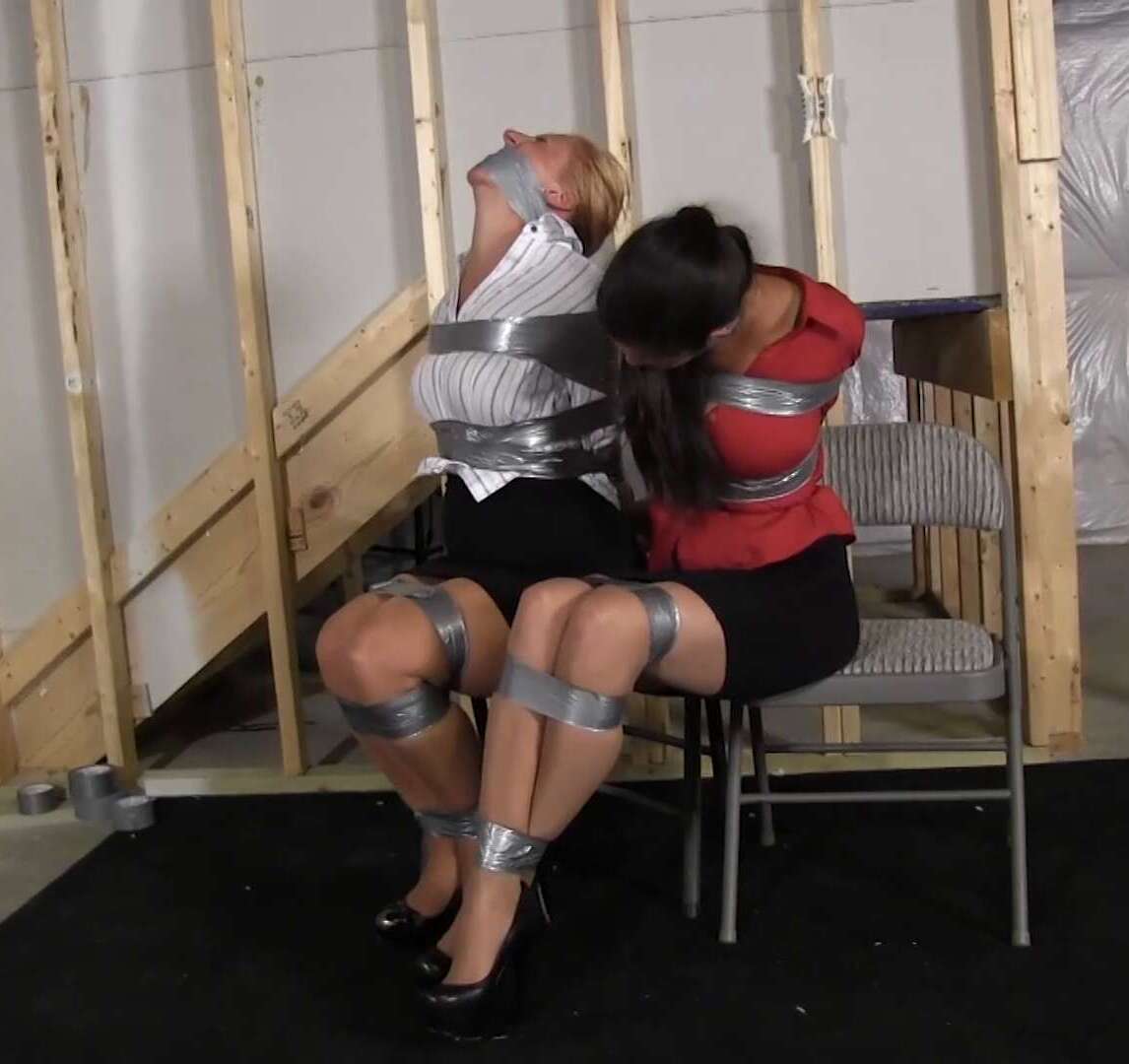 Some time back, these two girls ripped him off. It took him a while, but he finally found out where they lived. When he went to pay them a visit, he only found the one girl named Summer home alone. The video begins with Summer bound tight with duct tape. Then when the man hears the other girl named Crystal arriving him, he stuffs and tapes a pair of panties in Summer’s mouth to gag her. This way she cannot warn Crystal. Summer is then left to struggle bound and gagged. But after a short while, she hears noise outside. When the door opens, the man Crystal into the room and makes her sit down on a chair right next to Summer.

Summer watches as the man starts taping Crystal up. Once he has her completely bound, a pair of panties are roughly stuffed in her mouth and tape is wrapped around her face to gag her too. When the girls are left alone, they stare in shock at each others gagged faces. They try to communicate, but the very tight gags keep them well muffled. They then try to help each other get free. But with so much tape wrapped around them and so tight too, they can hardly move. Then after a short while the man returns. He puts them both on the floor and rips their blouses open. He tells them that it is time for them to pay back what they took from him. But since his property is long gone and spent, he tells them what he is going to take in return. He decides to start with Summer. Crystal watches helplessly as the man carries Summer off into another corner of the room. As she watches and listens, she knows that soon it will be her turn. 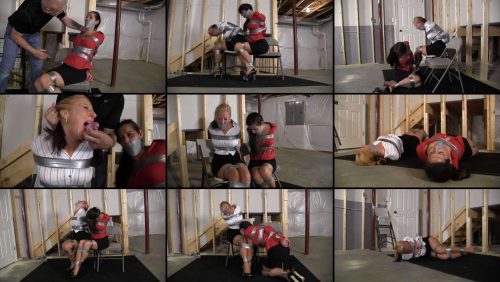