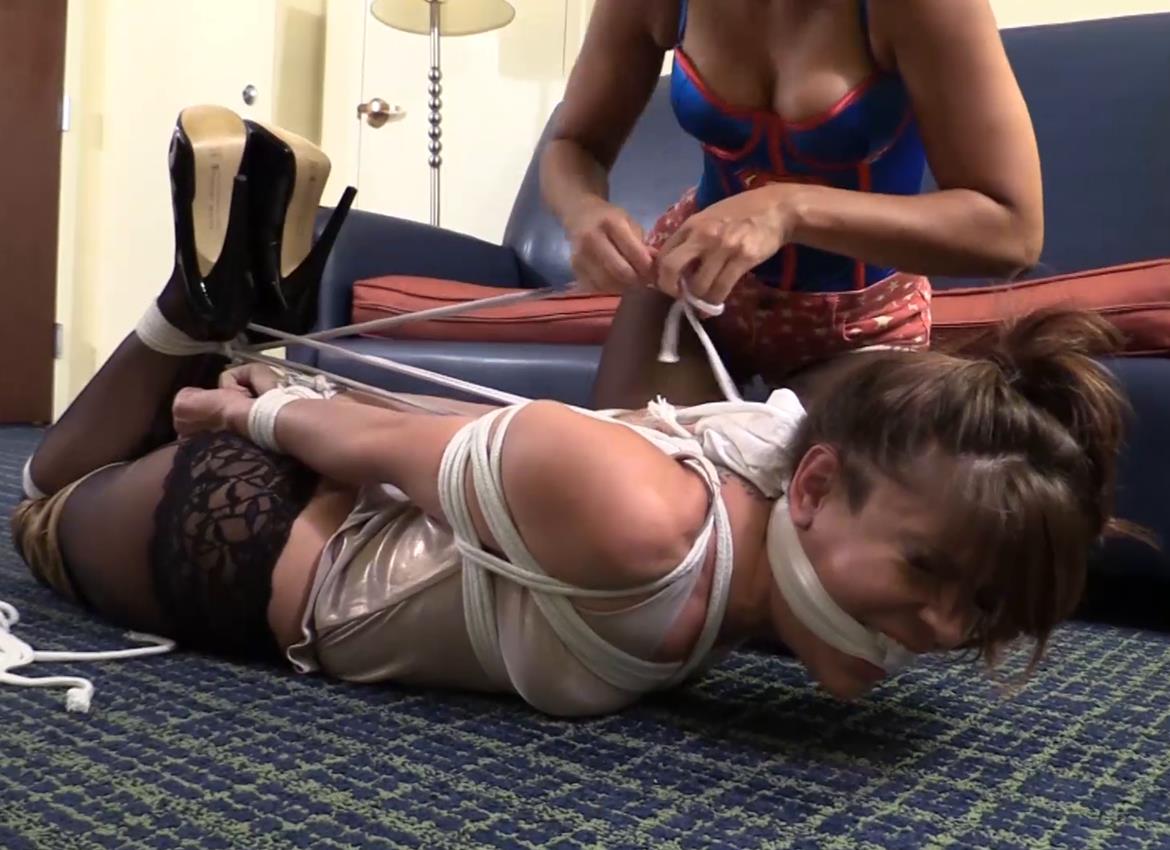 Sahrye is a bit old for a babysitter. But her step-mother still does not trust her enough to leave her home alone and has hired Annabelle Genovisi to keep an eye on her. Sometime during the early evening Sahrye walks in and asks Annabelle to play a game with her. “It is just a game, what harm could that be!”

Annabelle thinks to herself and agrees to play. But a short time later, things are not so innocent when Sahrye has Annabelle all tied up with rope. “Let me go!” she insists. But that just gets her mouth stuffed with a pair of moms panties and now Annabelle finds herself struggling bound and gagged on the floor.

“How did I let this brat tie me up like this!” Annabelle wonders to herself. But things are only going to get worse when Sahrye pulls her tight little shorts down and hogties Annabelle. 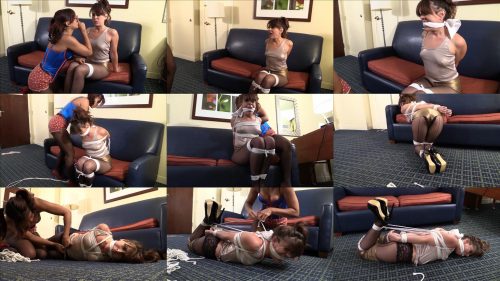