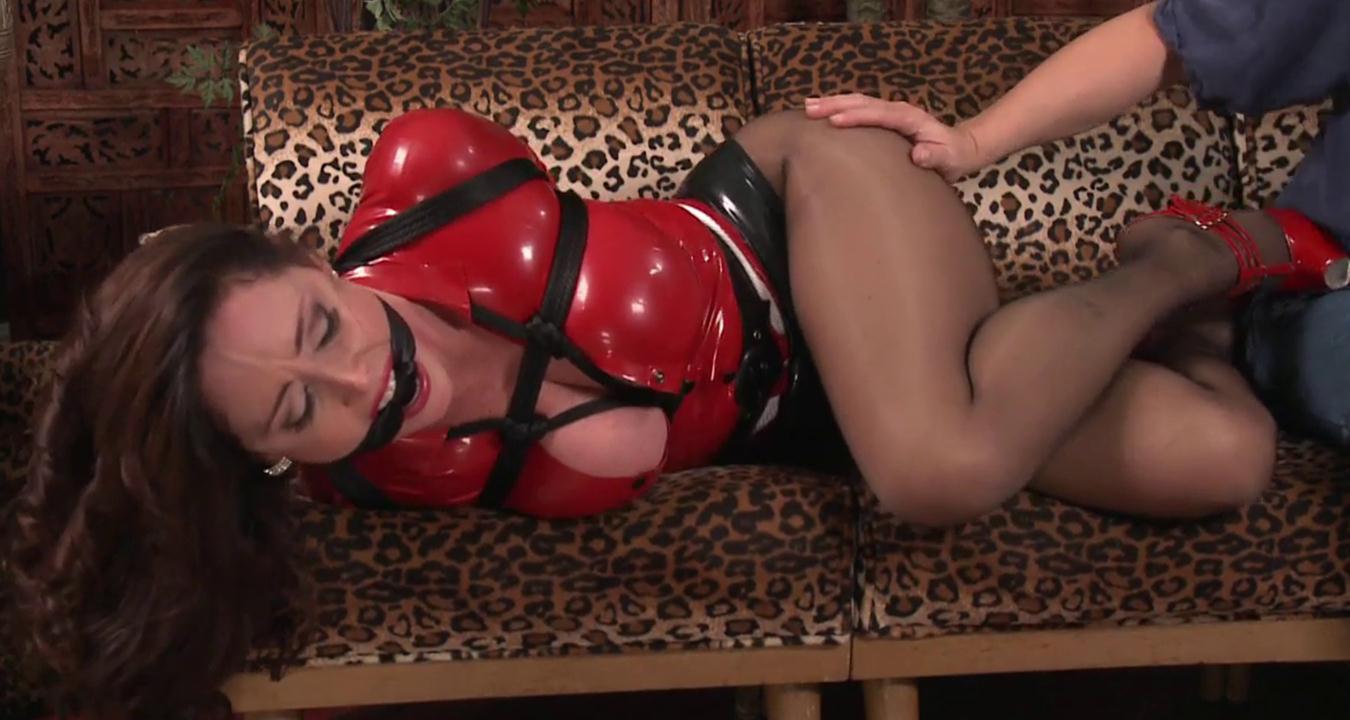 When Christina came by this week, I knew I wanted to shoot a set with the holidays in mind, but without putting out an overtly Christmas set. I have a set of Randy Moore set aside for the Christmas update. So I decided to put Christina in a sort Santa inspired vibe. The infamous red latex shirt that Christina has made sort of famous, a pair of black latex panty shorts and a really lovely tie. The shoes are one of the vintage fetish shoes I purchased over the summer. Crazy 7?

Heels that are basically impossible to stand in. Christina is at her best when she is given the chance to struggle. It is something she really loves to do. In this case a raised black rope elbow tie with crossed wrists and a nice white knotted crotchrope that puts icing on the Xmas cookie so to speak. 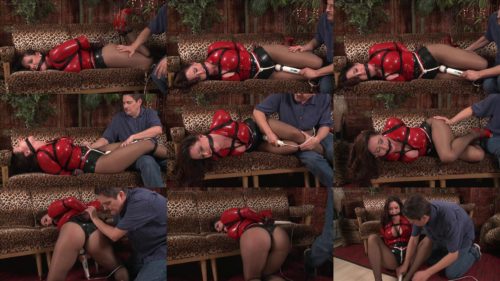 Ayla’s Creepy Uncle – Strictly bound and gagged poor Ayla with crotch rope tied very tightly against...
Super tight bondage - Bound Muriel LaRoja with super tight ropes - A new Hogtie challenge for Muriel...
Cinched and Secured, Bounded to a pole - Genevieve’s Tearful Tit Torment
Ariel Anderssen punished after her workout - Sensual slave girl is tied with pink rope in the dungeo...
Extra tight hogtie - Shinybound Cassandra Cain is tied a tight crotchrope - Mine For The Day - Part ...
Rope bondage - Missey is in big trouble - Missey GNDB0486 – I don’t let guys tie me up on the first ...
Predicament of purpose - Milfs Sandra Silvers and Jackie Christianson is cinched to steel tightly wi...
Rope bondage - Nyxon is tied so helpless. She is struggling bound and gagged - Do too well of a bon...