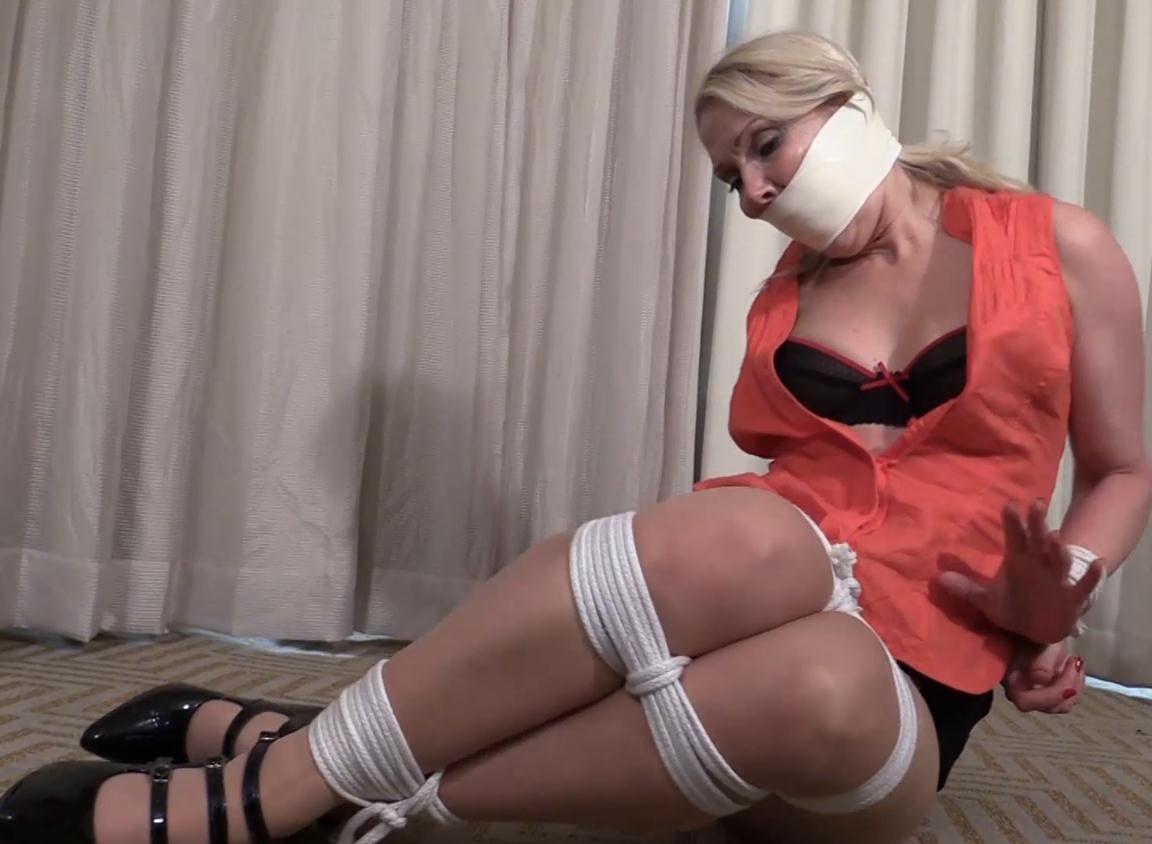 Missey met this guy in a hotel bar while on a business trip. After he bought her a drink, she started to lose the ability to think straight. Somehow Missey let him talk her into taking him up to her room. But when they got upstairs, she realized they were not in her room. All of sudden, the man started to tie her up. “Hey, I don’t let guys tie me up on the first date!” she slurred. But the guy paid no attention and continued to tie. Then Missey realized she was in big trouble, when the man stuffed a hankie in her mouth and tied a rag between her teeth to gag her.

“What does this guy want with me!” she thought to herself. Her question would soon be answered when he came back to her and removed the gag. But this was only so he could replace it by stuffing a big pair of panties in her mouth and taping her lips shut. Then he used more rope to tie her tighter and more secure. This included hogtying her after pulling her skirt off. Finally she got her answer when the many pulled her blouse open and her bra down. So now as Missey struggled bound and gagged with her boobs out, she knew it was only a matter of time before her panties came down. 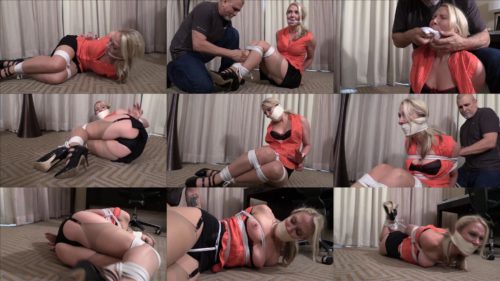