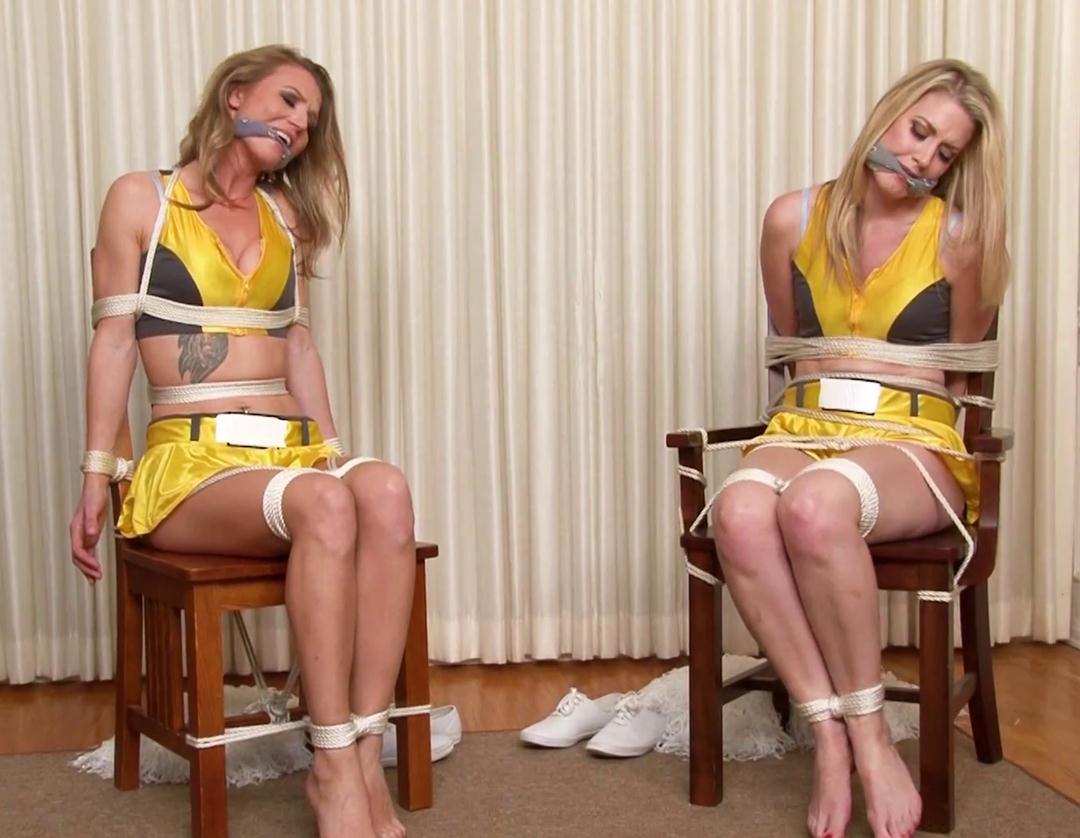 As this steampunk-inspired adventure begins, the beautiful spy Mata Hana (Hannah Perez) is taken captive by the villainous Mr. Bike. She’s ballgagged and bound hand and foot in her costume (all shown on-screen). Left alone, the gorgeous damsel hops around on stage, and she breaks a glass to try to cut herself loose. But she’s caught as she makes her failed escape attempt. What will the scoundrel do to her next? 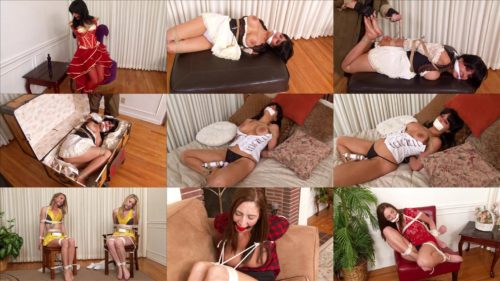 Tied up JJ into a little ball on the bed with pink fishnet - Plush Balltied by an intruder
American Damsels Kiki D’aire – Lady Red’s Humiliation - Lady Red is bound and ballgagged
Predicament of purpose - Milfs Sandra Silvers and Jackie Christianson is cinched to steel tightly wi...
Rope bondage - Sexy Nadia White to be disciplined and taught a lesson. She is trapped, tied in heels...
Spandex fetish - Alexa Nova drools all down , she tightly tied on a “buttlifter” crotchrope - Doubl...
Super tight bondage - Bound Muriel LaRoja with super tight ropes - A new Hogtie challenge for Muriel...
Ziptie bondage for Fayth on Fire - A new Ziptie Challenge - Super tight bondage
Helplessly bound and gagged Chrissy Marie is tied up to chair – Tie Me Up and Leave Me Helpless!