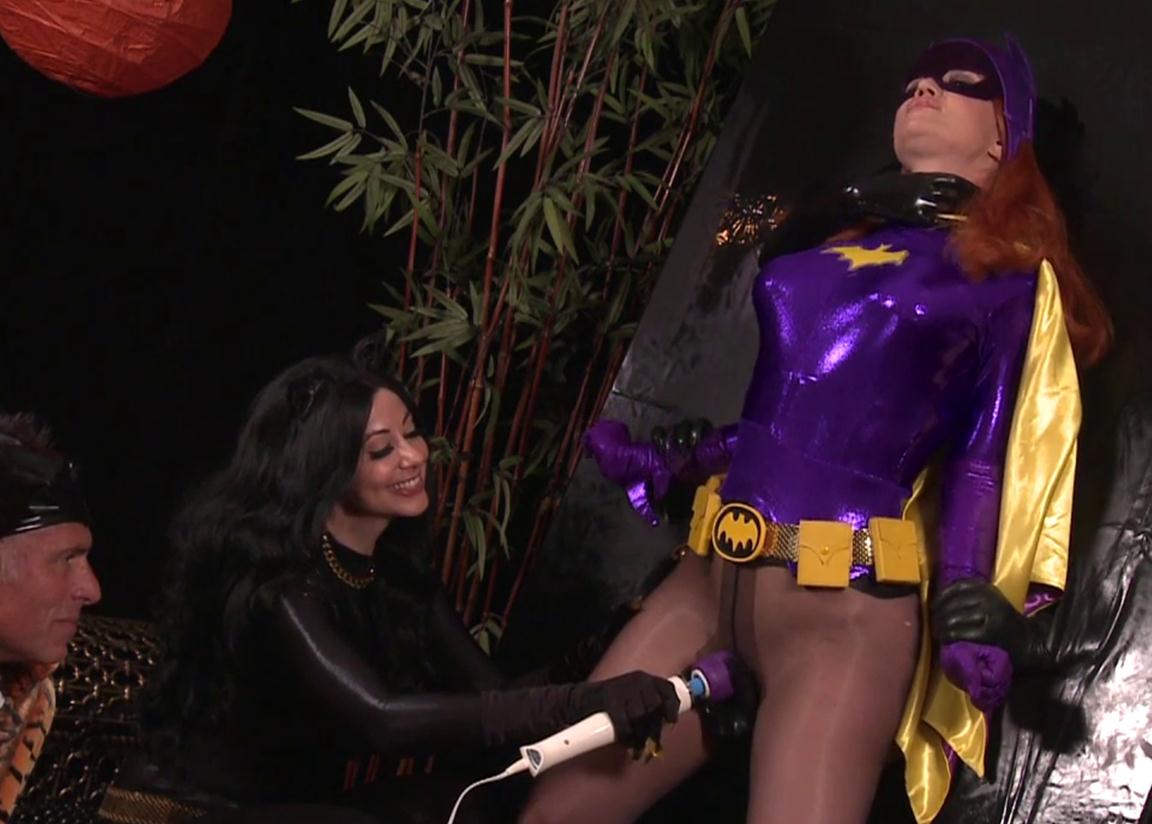 Catwoman (Diana Knight) relaxes in her lair with her trusted henchman Manx (Anders), basking in the glory of her latest caper: The theft of a collection of Pierre Chaton vintage fetish high heels. Batgirl is on her tail (something that Catwoman has expected and planned for). Soon she arrives at the lair and is confronted by Catwoman. Batgirl swiftly dispatches her with a high kick sending her into her throne. As she stands over Catwoman she is grabbed from behind, Manx!!

He throws her against a slightly inclined black latex wall. As soon as Batgirl hits it, six hands shoot out! The hands grab Batgirl’s ankles, hands, neck and crotch. Batgirl struggles to escape, but finds she is helplessly trapped. Catwoman explains that she is in the clutches of her very own ‘handy work’. She calls it her “Helping Hands” – a device she created just for Batgirl. As Batgirl struggles, Catwoman slinks over and slices Batgirl’s catsuit at the belly and peels it away, revealing Batgirl’s black shimmering pantyhose legs. Yes, she likes that MUCH better. 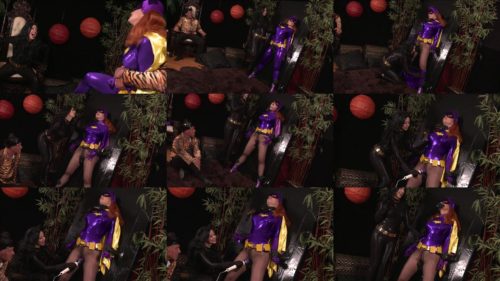 Bondage tricks - Two girls play bondage games Part two
Ashley Lane loves to be tied up tightly - Rope Bondage – Feeling Blue
Vida Bristol bondage - She has been nipple clamped and she has a crotch rope on - Surprise surprise!
Ziptie bondage for Fayth on Fire - A new Ziptie Challenge - Super tight bondage
Leather cuffs - Tied Juliette with ropes and leathercuffs on a ladder - Juliette Stretched On A Ladd...
Sexy bondage captive - Sexy Masha submits to being tied her sexy, slender body is wrapped tightly i...
Rope bondage - Elizabeth is gagged and ton of rope waiting on her – Captured Cheerleader Collectors
Dee Williams - costume bondage - henchman comes in and gags and blindfolds Dee is chained to a pole...