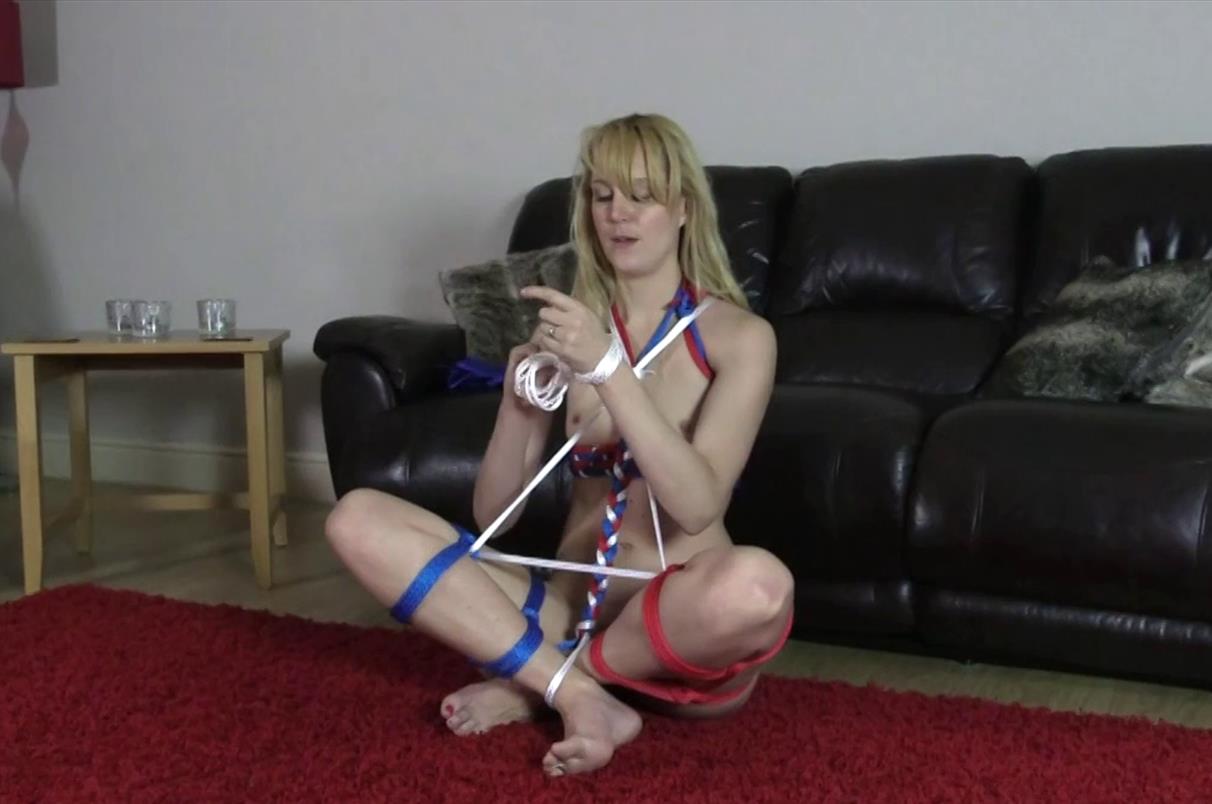 Ariel is feeling patriotic and as she has some red, white and blue rope has decided to turn herself into a Union Jack flag of sorts. She begins by binding her legs – one with red rope and one with blue. Then she incorporates some of the white rope in a plait to form part of a body harness, taking the blue and the red rope around her neck and down to wrap round and round her under bust!

Then she interweaves the white in a incredibly British basket weaving type way before using the remains of it to pull her head forward towards her knees – this really is turning out to be quite a strict tie!

Obviously she needs to create a cinch to tie her wrists behind her back but before she actually immobilizes herself there must be a gag, and she has just the thing – a piece of blue satin to use as a cleave gag. Tightening the cinch around her wrists is the final step and there you have it – a fabulous Union Jack flag design… well, kind of.