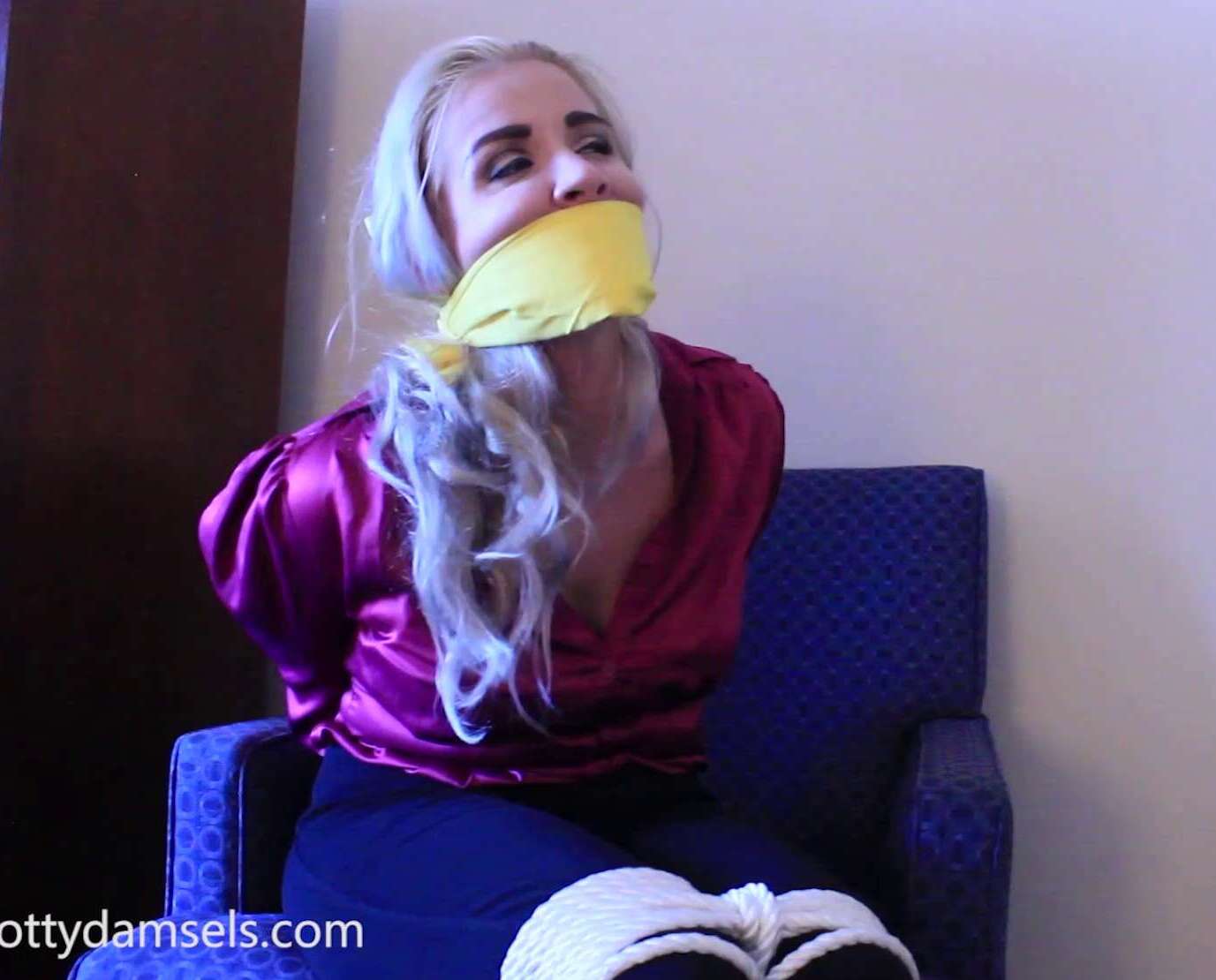 Whitney Morgan is a plucky process server who has a knack of serving summons to the wrong people at the wrong time, and she usually ends up bound and gagged. In the first part, Whitney sneaks into a hotel room and overhears a robbery plot but is caught as she tries to escape. She feigns not hearing anything but the man doesn’t believe her. He leaves Whitney locked in a room, tied on a bed, and cleave gagged with a thick, white cloth. Whitney hops and struggles furiously to get free, and eventually does.

Then, Whitney finds herself again in the room of another bad dude. She knows better to wait for him so she leaves it in a spot he can get and tries to leave, but the man arrives and Whitney hides in the bathroom. She thinks she is fine but one errant call by her partner exposes her, and Whitney is caught. She is seated on a recliner, bound at the hands and feet, and OTM gagged with a yellow cloth. She is then placed on the bed as her partner arrives. She thinks she is fine but her partner berates her for sticking her nose into situations she can’t escape.

There’s no denying after this that Whitney Morgan is one amazing damsel. 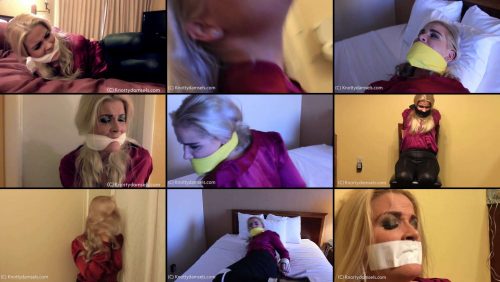