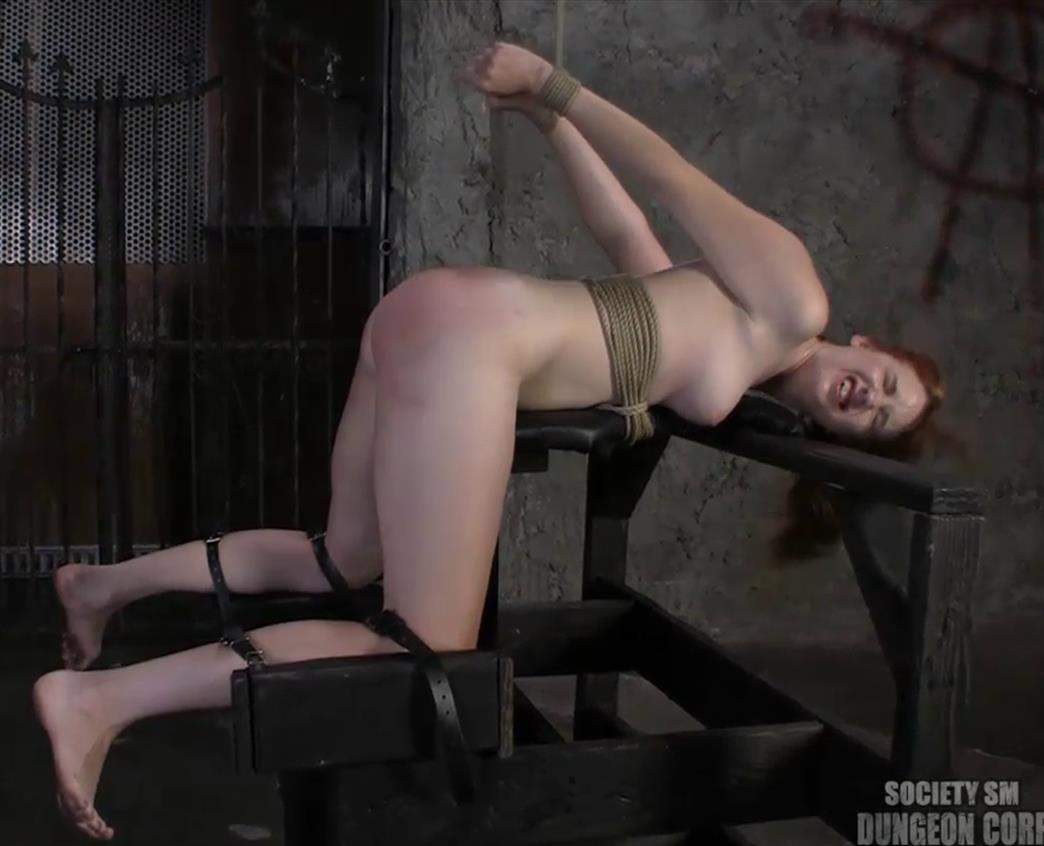 Whatever forces, dark or light, that brought Lily to me, should be praised…and those forces started their task long ago…Lily is a natural power player…having fantasies of bondage, control and submission throughout her entire sexual life.

She has the intelligence and confidence of a seasoned submissive…and still enjoys the deep exploration of her own limits…that, and a sincere interest in fetish modelling brought her to me…either way, she came ready to play…and so did I…wrists roped, gagged and pulled up onto her toes, her body is stretched out as I whip her ass…dragons tails

And I bind her legs…a tight crotchrope and wieghted nipple clamps…now she’s deep in it…and all mine…I decide to lay her down and spread her out…it allows her some comfort which allows me time to slow down and really enjoy myself…the ropes are tight and I go to work on her pussy and ass…an electric plug fills each and I turn up the current…she’s never felt this before and it’s apparent.

I spread lilly out again…this time with each wrist tied to each ankle…after her orgasms start, it’s so easy to get them going again…we play flogger or vibrator…she chooses back and forth, withstanding as much as possible…both torments getting the best of her, I continue until she’s exhausted…Lily gets a good amount of pleasure today, but her punishments follow suit…we dont want to spoil this one…she’ll be back.