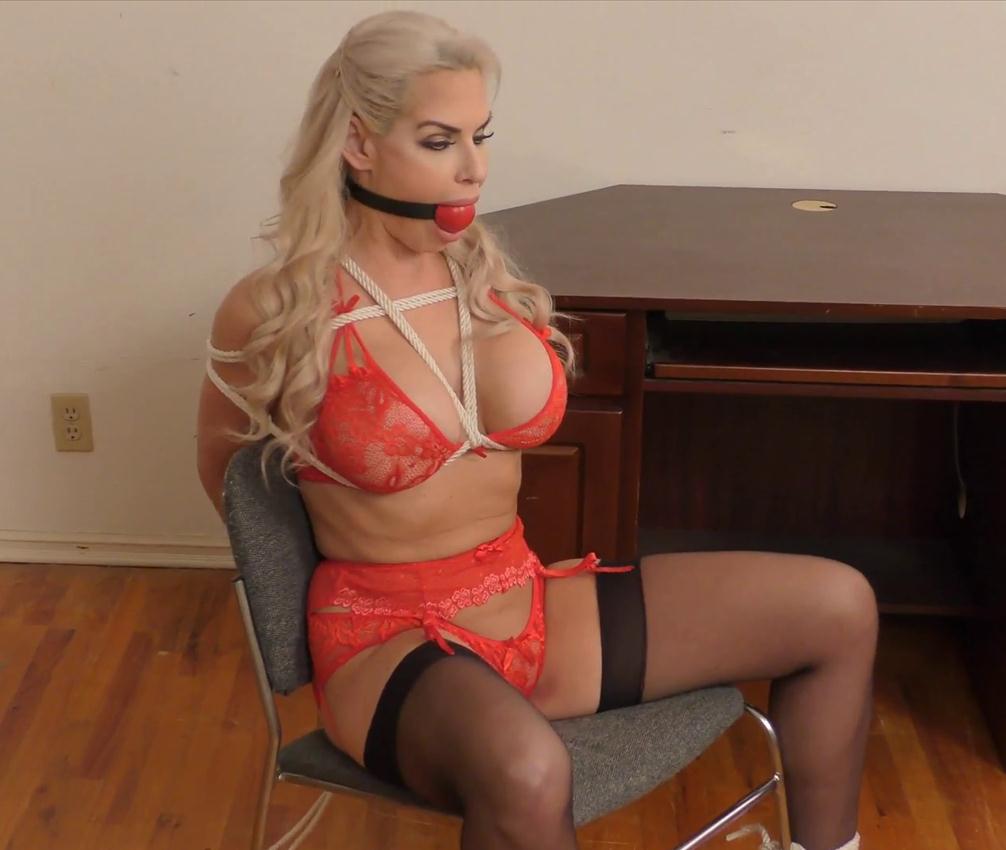 Bondage superstar Alexis Taylor stars in this fantasy by Mr. K.B. and directed by Lorelei Mission. As the story opens, Professor Alexis is beginning a class for novice slaves at the Academy. After greeting her students, the busty instructress takes off her blouse to get the class underway. When we next see the teacher, she’s stripped down to her bra and panties ensemble and all tied up. Her first lesson is regarding chair bondage, and Professor Alexis is wonderfully articulate as she lectures her enthusiastic students about the joys of this position.

She also spends some time testing the effectiveness of the rigging, which is quite impressive to see. Of course, the bondage wouldn’t be complete without a gag, and Professor Alexis demonstrates her practiced skills with a ballgag. Before the lesson concludes, her lacy bra is pulled aside to reveal her voluptuous breasts. This is one class you certainly don’t want to cut!… 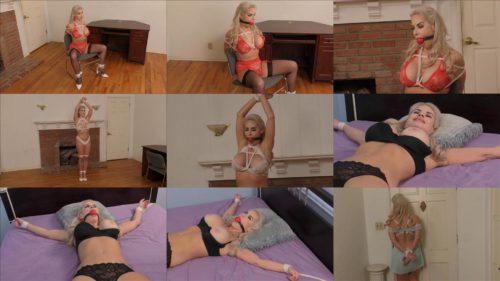