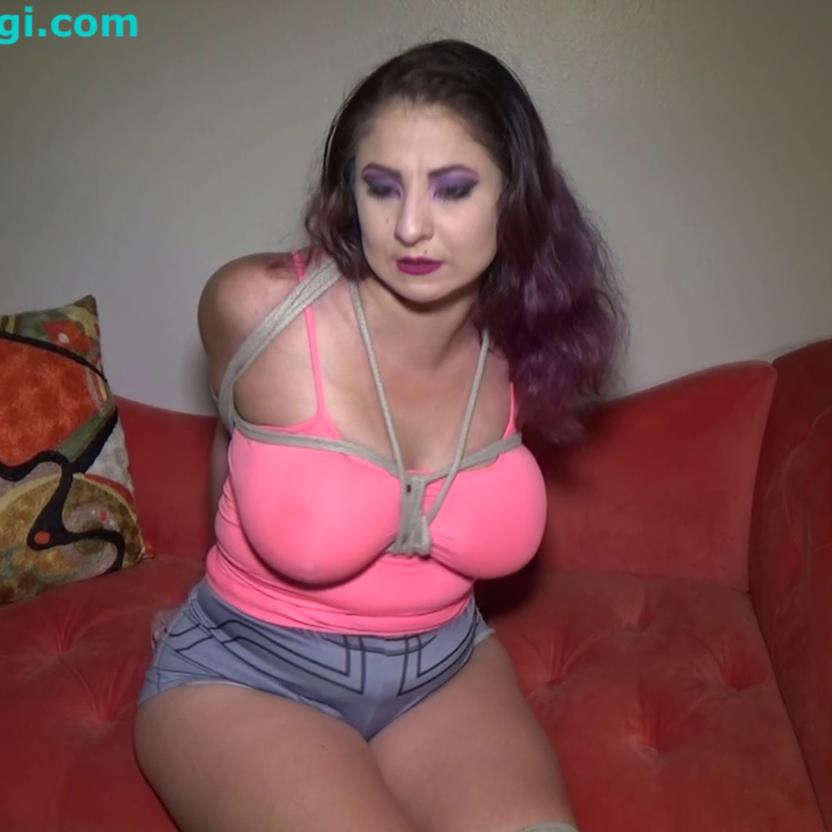 A nice bonus for all my hard work she thinks to herself but little does she know I am on to her thieving and I have my son watching and recording her. She is surprised to see him holding a video camera when she turns around. The latina tries hard to talk herself out of this dilemna but her broken English fails her. Gia begs him to forget what he saw and offers him half of the money but he just laughs.

Busty Cuban maid Gia Love comes into the bedroom with the pretense of cleaning, but her real intent was to steal. She figures her wealthy employer wouldn’t miss a few dollars or trinkets. Gia opens the sock drawer and finds a bundle of rolled up cash. She grabs the roll of hundred dollar bills and stuffs it into her top.

Gia knows the youth can be bribed into silence. They walk into the living room and Gia turns on the tears begging him to keep quiet. The little punk has his own plans – he tosses her a bundle of rope and orders her to tie her legs together with the rope.

Gia is afriad to piss him off and thinks that if she stalls him long enough and keeps begging that he will let her go. Gia ties the ropes around ankles and then she ties another rope above her knees. He tells her to put her hands behind her back and he ties her arms. Gia squirms in the rope complaining that ropes are too tight… 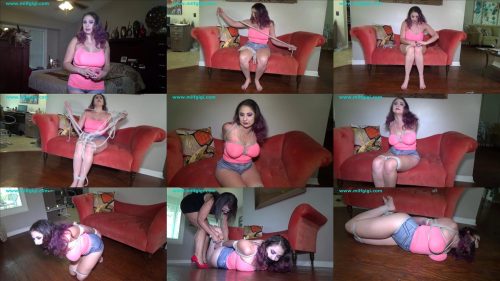