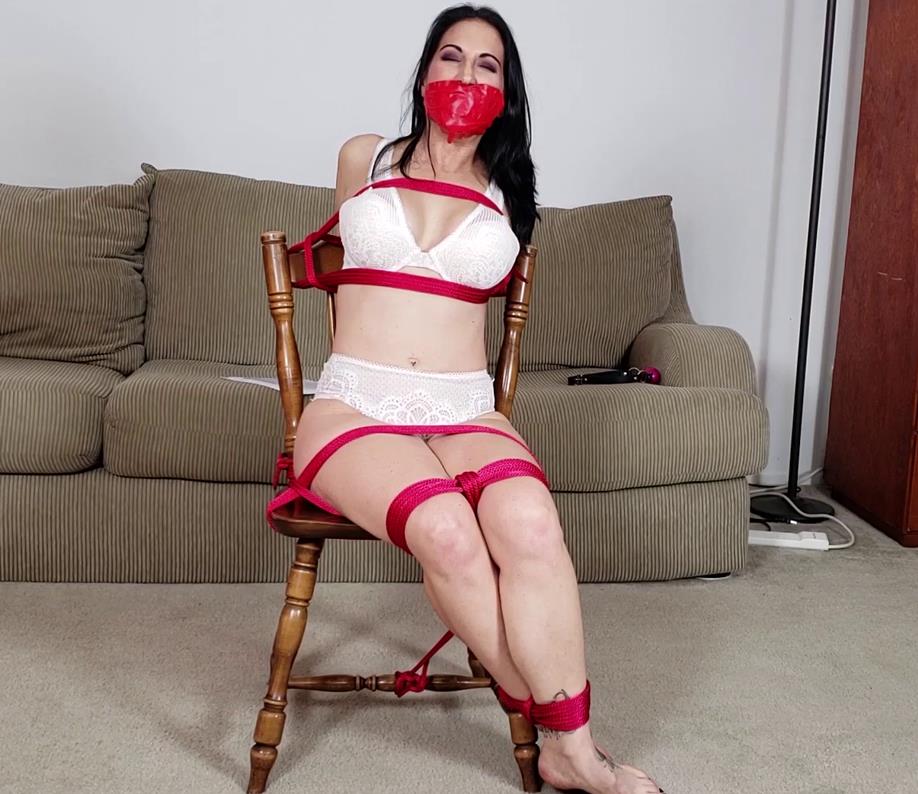 Raven’s husband is very anxious to have her sign the divorce papers, given how contentious their marriage has been. He’s willing to give her her freedom, but nothing else. Of course, Raven isn’t about to sign such a lopsided agreement.

She wants more, say 100% more! Naturally, her husband isn’t going to give her that. In fact, until she signs the agreement, she isn’t even going to have freedom! Lashed tightly to a chair in her bra and panties, the furious raven-haired beauty struggles and strains, spewing a never ending stream of gag talk despite the fat ball gag that turns all her threats and protests into strings of gibberish, not to mention string of drool!

Her husband gives her chance after chance to change her mind, and each time the buxom bitch refuses to sign the document, so each time her gag is changed to something more interesting! Her mouth is packed full and taped shut, and now she is truly unintelligible!

When her last chance comes, she refuses again, so the tape is ripped from her face and she’s silenced again with the biggest ball gag that’s ever been stuffed in her mouth! Her husband now seems much more patient about the divorce agreement. After all, when you’ve got a helpless woman like Raven bound to a chair totally at your mercy, would you be in a hurry to let her go? 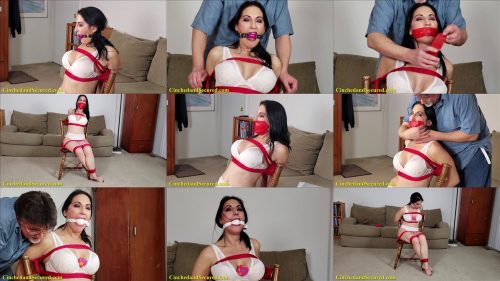