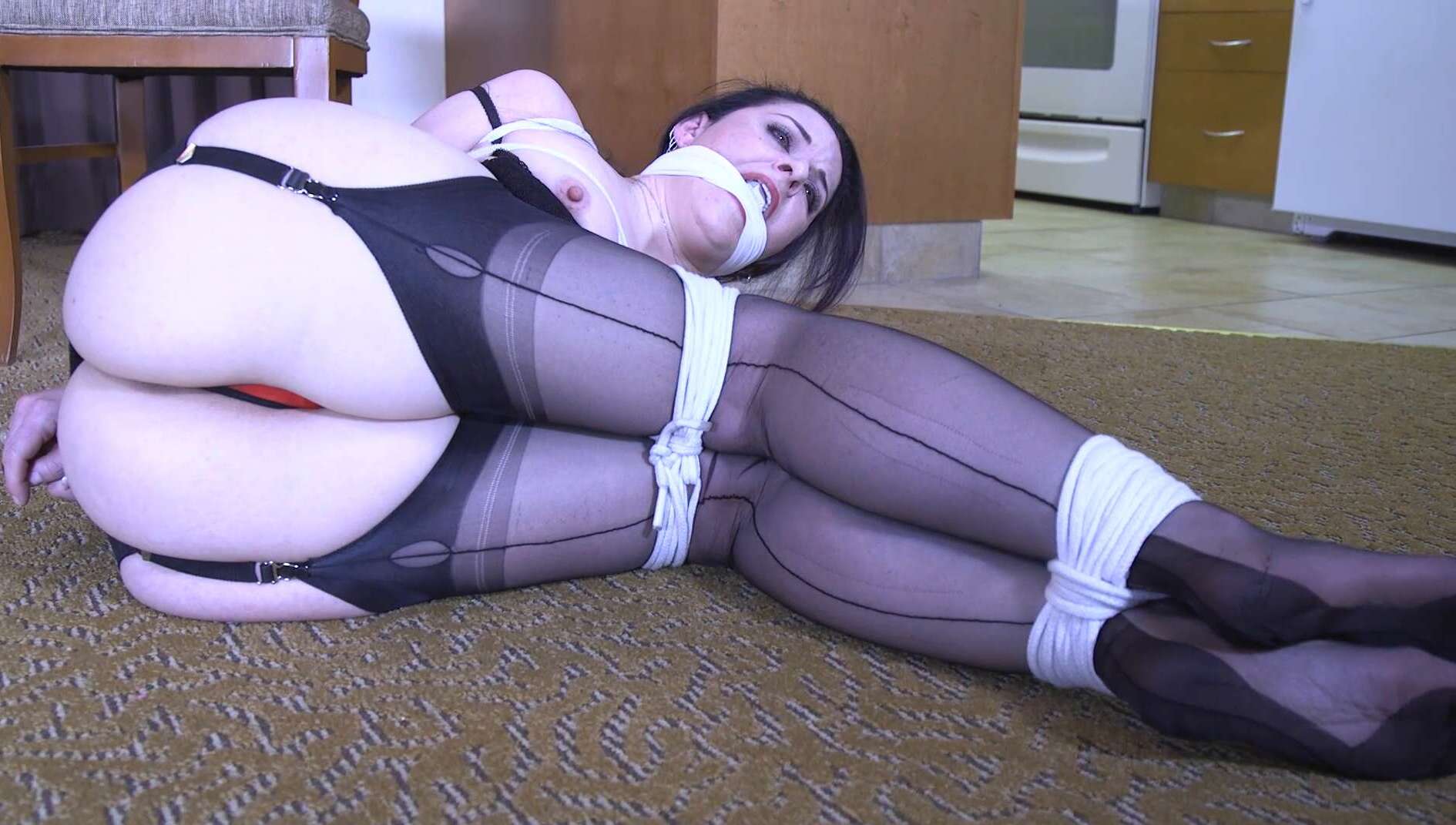 He has left his wife for another girl. A curvy younger girl named Caroline. But his new girlfriend turns out to be a little too wild for him and he decides to leave her. So today, he is at her place picking up his things. But Caroline isn’t ready to give this guy up. She tells him the affair isn’t over until “SHE” says it is over. She is dressed in only a bra, a lace black girdle, red panties, nylons, and high heels. As the man talks on the phone, Caroline bends over in front of him. She knows he cannot resist seeing her curvy ass. The man surprises her though. Instead of giving in this time, he ties her up. Caroline is excited. She has always fantasized being tied up and played with. But the rope is tight and soon she realizes that this is no game. When she starts to protest, the man stuffs and ties a gag in her mouth. Caroline is left to struggle bound and gagged for a while as the man packs up his things. Then before he leaves, he comes back to her and pulls her bra down. Finally, he makes a phone call to one of his friends. A friend who has the hots for Caroline. He tells the man that he has broken up with Caroline and tells him that she wants him to visit her. Caroline squeals loud through the gag in protest. She knows in a short while, it is going to be very humiliating for her to be found like this by her ex-boyfriend’s best friend. 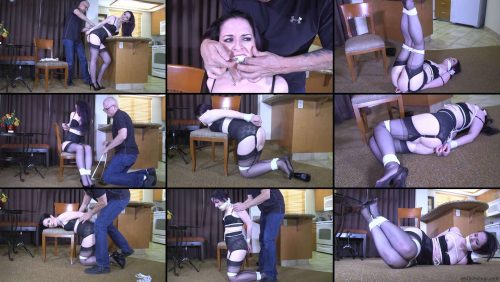