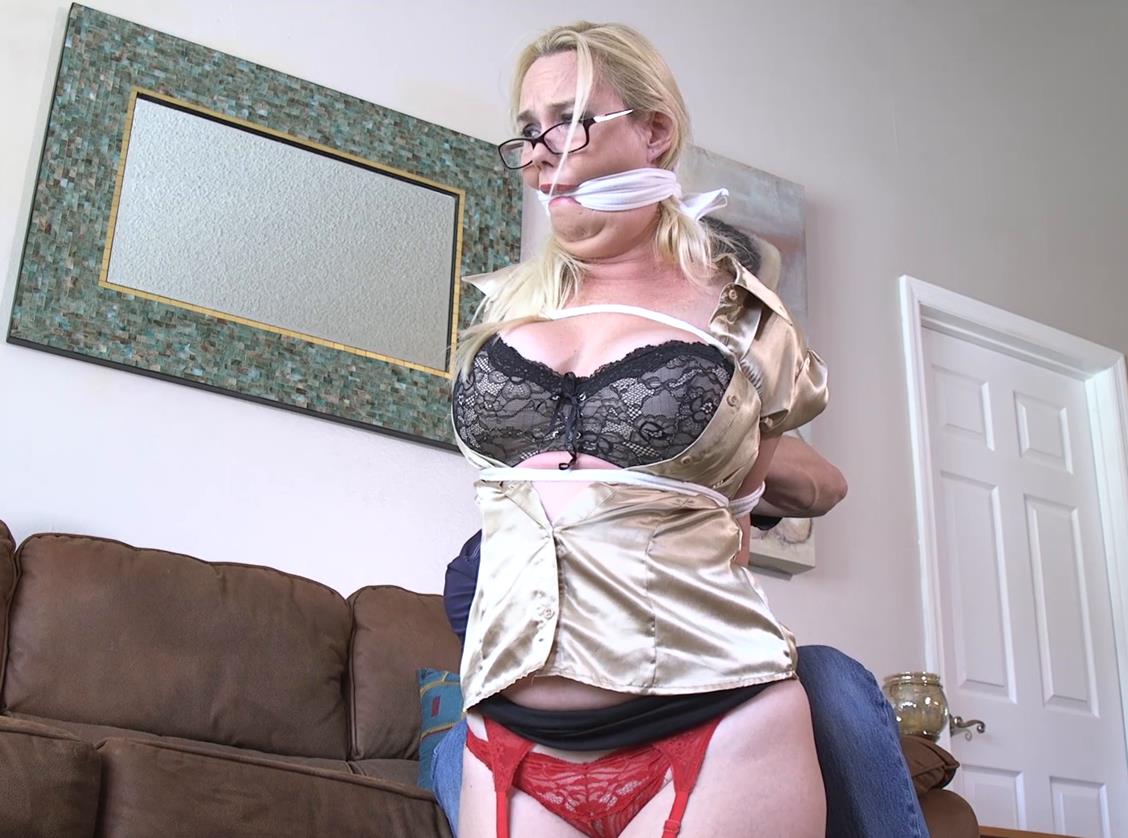 Lylah like to have things her way. She signed her step-son up for soccer. But because he is so young and has almost no skills, the coach does not let him play for very long. So Lylah invites him over and thinks that she can persuade him with a little bit of daytime sex while her husband is at work. The coach is very interested in her offer.

But her step-son is really a horrible soccer player. In order for him to let the play, Lylah is going to have to let the coach do something a little out of the ordinary and something she may not be familiar with. She has to let him tie her up. “Anything for my step-son!” she tells him, and soon she finds herself tied up tight with rope. She thinks that after he pulls her panties down and lets her have it, the coach will be satisfied and untie her.

But No, there is more. He brings out a pair of her panties and stuffs her mouth with them. So she cannot spit them out, he ties a rag tightly between her teeth. Now bound and gagged Lylah starts to wonder what she has got herself into. But things get even more bizarre when the coach brings out more rope and secures her arms behind her back.

Then after pulling her tits out of her blouse and bra, Lylah thinks that now the he will pull her panties down so do her from behind. But instead, he just sits back and watches her struggle in the tight rope and listens to her whimpers through the gag. Eventually the sex part will come. But Lylah starts to worry, “How am I going to explain these rope marks to my husband!”. 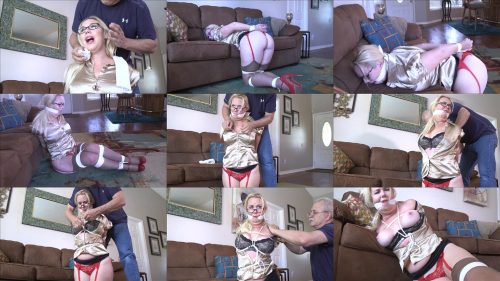