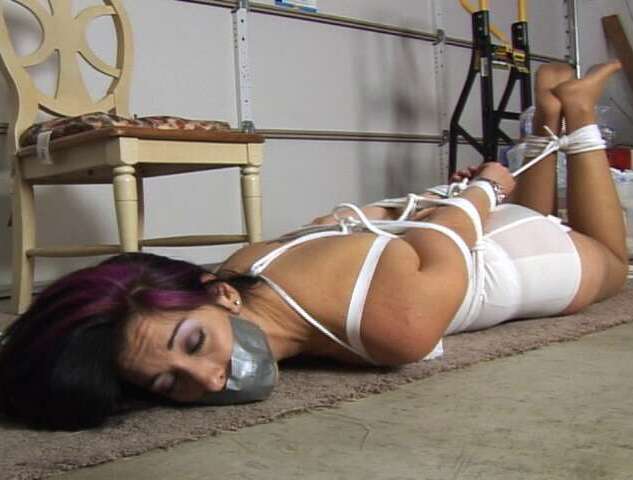 A man January to hop into a garage dressed only in her girdle and stockings. She is tied up with rope. Her mouth is stuffed and taped to gag her and there is a piece of rope around her neck so he can lead her in as she hops. After January to sit on a chair, he ties her down so he can go make the ransom demand. He warns her that if her rich step-daddy does not pay, she will sold to the highest bidder. While the man is away, January manages to unfasten the rope holding her to the chair. She gets up and starts to hop away. Unfortunately, the man catches her and carries her back over his shoulder. To insure she doesn’t make another attempt to escape, he hogties her. January whimpers as she struggles to get out of the hogtie. She gives some great views of her panties up her girdle. Later the man returns. He tells her that step-daddy refuses to pay and that she is going to be going for a ride. Then he unsnaps the bra part of her girdle to expose her boobs. He unties her ankles and her to stand up. Knowing she is going to be sold off to slavers, she refuses to walk. So the man lifts her over his shoulder and carries January off bucking and kicking. 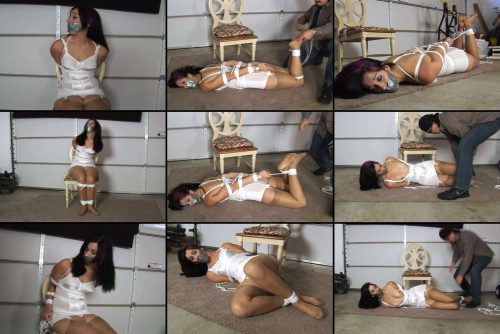