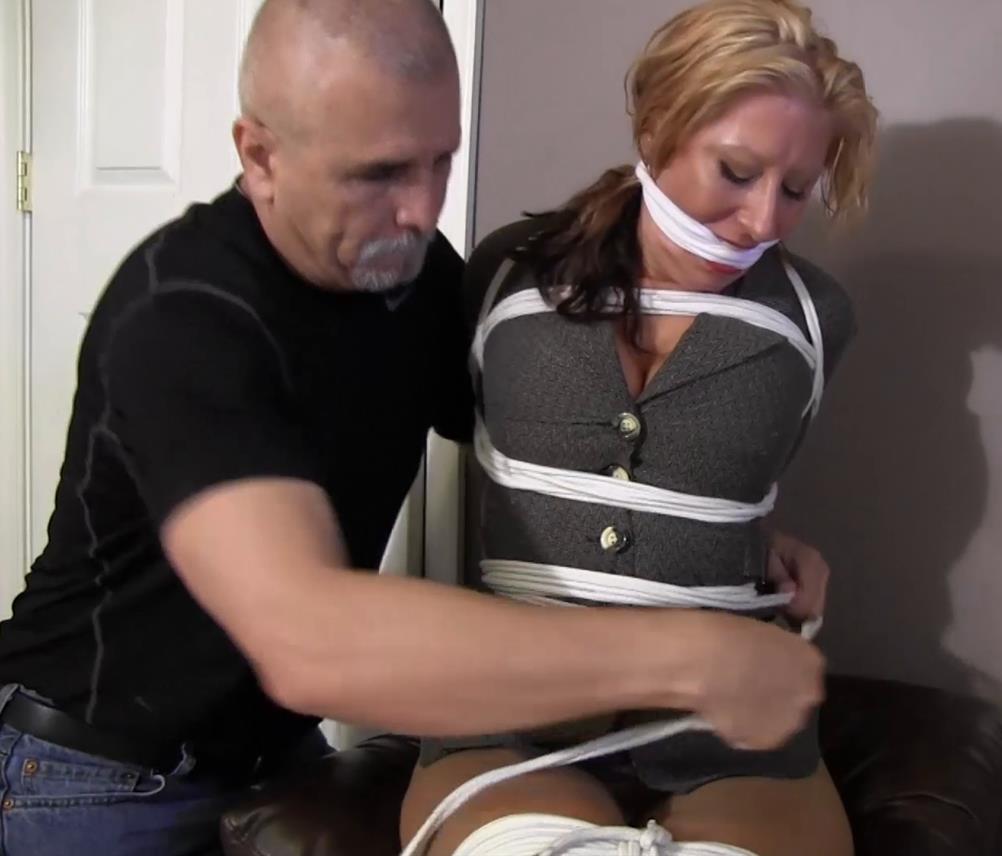 After luring real estate lady Crystal Frost to this vacant house by giving her the false belief, he is interested in buying a house, he grabs her and makes her sit down. When he starts tying her up,Crystal becomes very concerned and tells the man that he cannot tie her up. When he asks her why, she tells him that she cannot tell him, but begs him not to tie her up.

The secret Crystal does not want to reveal is that she has a huge bondage fantasy and knows that once she is tied up, she will lose control start begging the man to do naughty things to her. However, the man has no intention of letting his captive run off anywhere to call for help and he continues to tie her up.

Slowly Crystal starts getting very turned on. Then when the man stuffs and ties a gag in her mouth, she can no longer resist and she starts moaning in so much pleasure that it doesn’t take the man long to figure out that Crystal loves being tied up.

Seeing her squirm and feeling her rub herself against him also has an effect on the man and he decides whatever plans he had when he first came to this place, could wait and he started to pay more attention to the captive real estate lady. He put her on her knees and after pulling her skirt off, he pulled her boobs out of her coat and bra. Then much to Crystal pleasure, he bent her over.

When he pulled her pantyhose and panties down, Crystal could not be happier. Sometime later, another real estate lady will come to find Crystal. She will still be bound and gagged, and when she is found with her panties down, it doesn’t take long to figure out what happened to her. 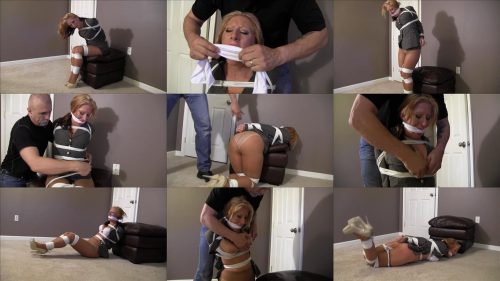