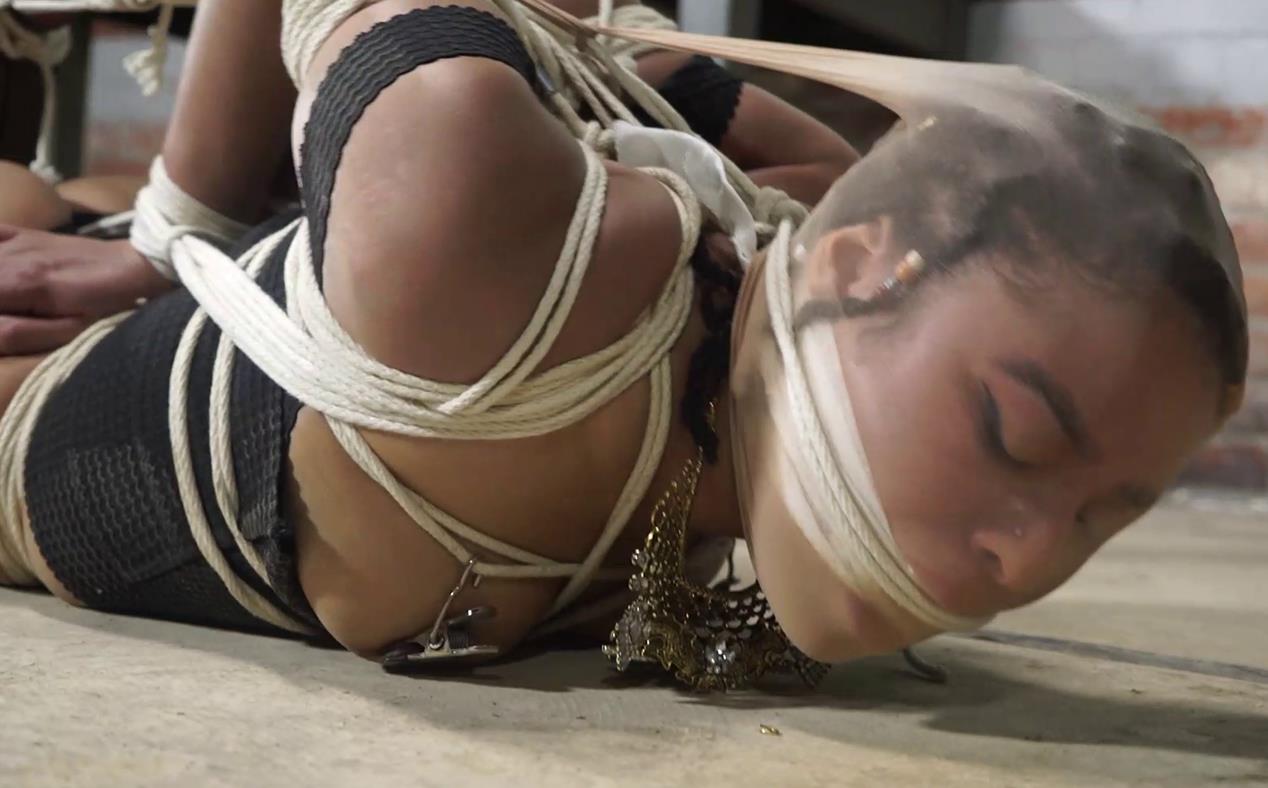 Purple Jade stands in a strappado and huge black ballgag wondering what will come next. Her female captor has told her that she is in her custody due to her daddy the mayor owing JJ and her pals a good bit of money. She approaches Ms Jade and pulls her skirt off leaving her perfect booty exposed in an interesting pair of underwear. The strappado is made more strict and nipple clamps are added.

Next she is sat down in a chair with her elbows still welded together. she is tied to that chair and the situation with the nipple clamps becomes a bit more intense. She is now cleave gagged but then some cloth goes in over the cleave and lots of vetwrap over that. She doesn’t feel the arm tie or the nipple clamps anymore. She is concentrating on breathing. Then she is escorted over to the wall. Her gag is eventually removed and replaced with panties and vetwrap once she gets to the floor. She is hogtied and a stocking cap goes over her beautiful face and is tied back to one of her toes.

She can’t roll on her own but she is moved from side to side. After some time her pal Frank comes in and reveals to her that this was planned out by him having heard for years that she had fantasies about a woman doing these types of things to her and making her feel helpless, but she doesn’t seem as happy as he hoped she would be… 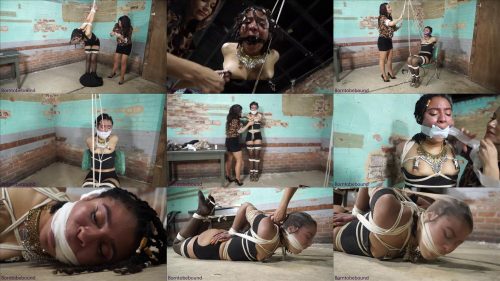