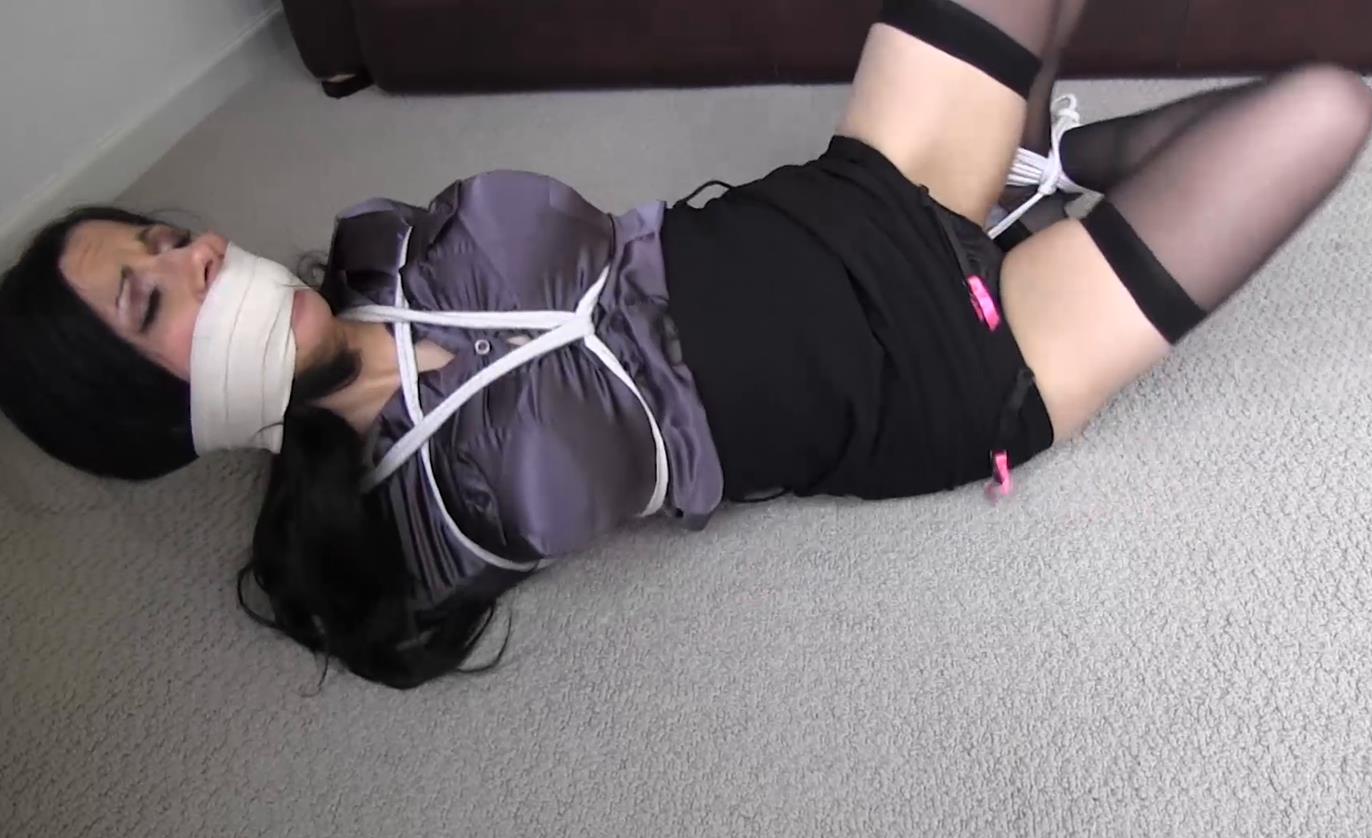 This story continues with Dixie coming back in the room to find Hannah still tied up and gagged. Only she isn’t tied up the way Dixie had left her. So as Dixie tries to figure things out, the man come out of hiding and grabs her. A short time later, Dixie finds herself tied up and getting her mouth stuffed and taped with panties to gag her too. Then the man starts stripping the girls down until they are in their underwear with their boobs exposed.

When he ties Hannah in a hogtie and then fastens herto Dixie both girl are very angry. ‘Don’t tie me to that bitch!” Dixie tries to tell him through the gag. The comments coming from Hannah’s gagged mouth are very similar. Finally the man decides to have some fun with the girls and he chooses Hannah to be first. He unties her from Dixie and helps her to her feet. He then makes her hop away to another room in the house leaving Dixie alone bound and gagged. Dixie struggles hard to get loose and this pays off as some time later, she is able to free herself and escape. 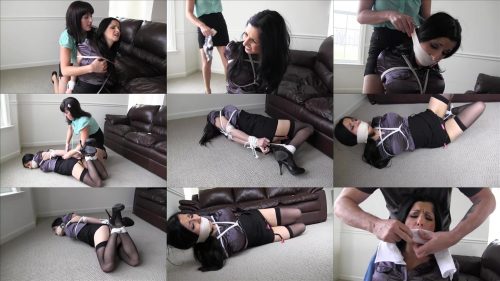