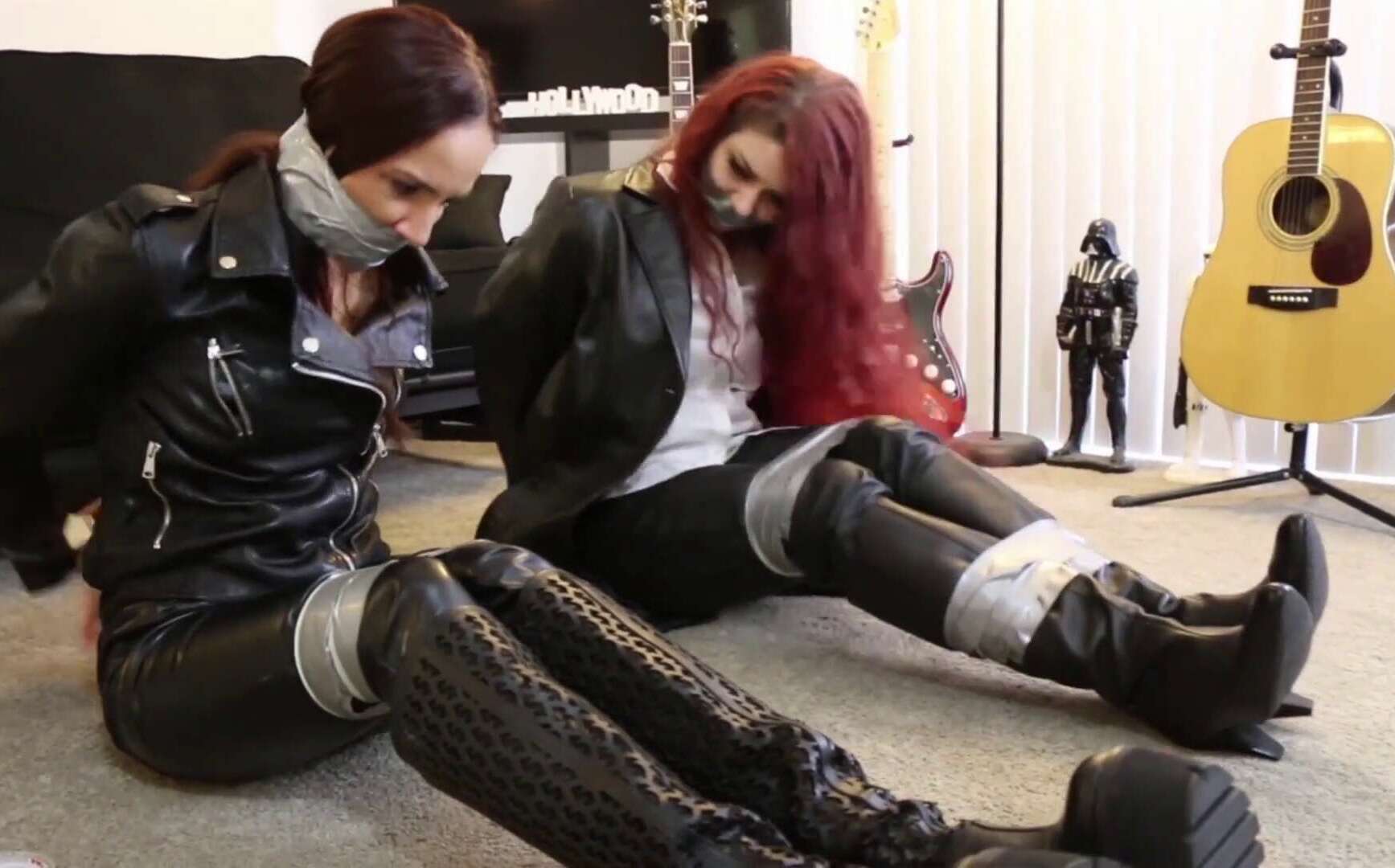 Mina Salome and Lola Anderson are two redheads spies, sent to a mission to recover some top secret documents. It is Mina’s first mission so when they arrive to the location and Mina finds the documents, Lola gets so jealous about the fact a rookie spy did a better job that she decides to jump on Mina, grab her with a handgag and tie her hands up with duct tape. Mina can’t believe what Lola is doing! Lola will tie her redhead partner so she’ll take all the credit for recovering the documents while Mina spend the night tied up and gagged. After Lola finally finished tying and gagging Mina, she left to deliver the documents while Mina stays humiliated all tied up and struggling to get out of the duct tape.

Several hours pass by and Mina finally manages it to escape. After delivering the documents, Lola returns to the place to untie Mina, only to find her friend is not there anymore, but before she can thin what to do, Mina grabs Lola from behind with a handgag and overpowers her. Mina has changed her outfit to a white blouse and a leather coat. After overpowering Lola, Mina handcuffs her hands behind her back and to a pole, then gags her with a piece of duct tape. Revenge is sweet!! Finally Mina leaves Lola tied up and humiliated just like she did before.

A couple of hours later Mina is back, ready to untie Lola, she thinks it has been enough humiliation and now they’re even. But when she gets there Lola tries to warn her something is wrong, but she can’t talk because of the gag. Mina doesn’t have an idea that the bad guy was back and found Lola handcuffed and gagged, so now he just had to wait for Mina and he’d have two spies captured! The bad guy surprises Mina and overpowers her easily, then ties her hands behind her back with duct tape, and gags her with a stripe of duct tape. Lola is making a lot of noise trying to scream, so the bad guy reinforces her gag with a very tight wraparound tape gag.

Now bot redheads are completely helpless, tied up and gagged!! 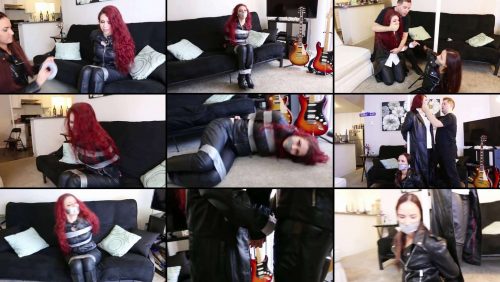