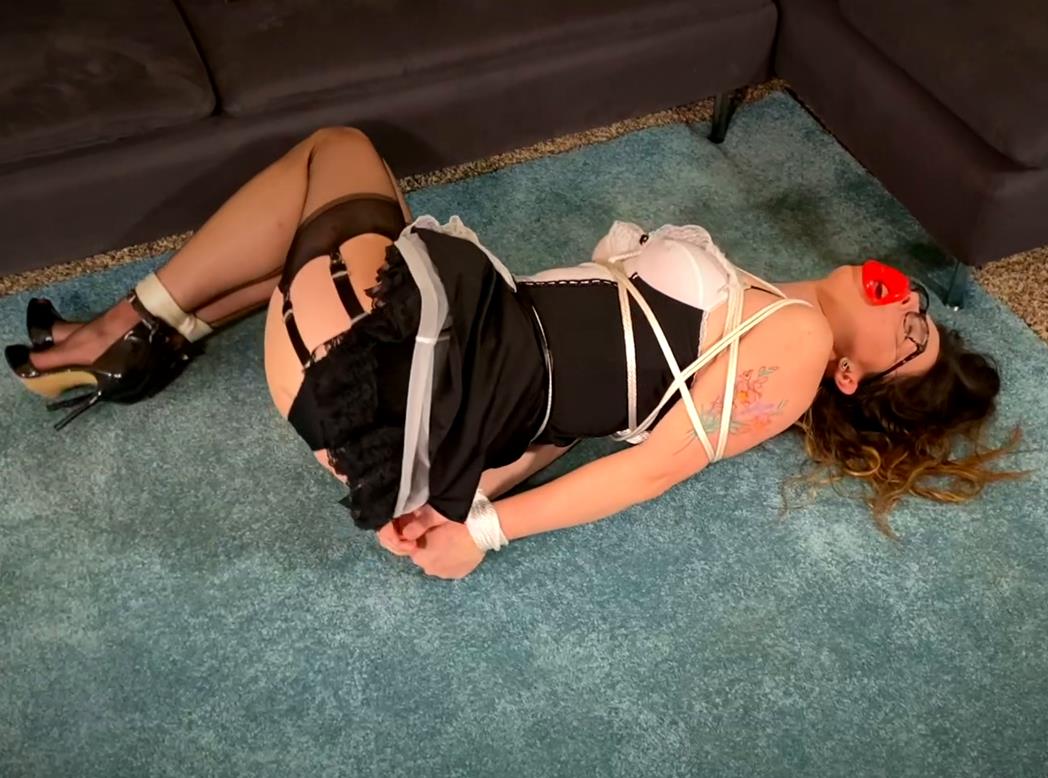 With her hands tied behind her back, flight attendant Garnet Rose is ushered into an office at the airport by Officer Nyxon. Nyxon explains to Garnet that they have her on surveillance tape accepting a balloon full of drugs, and they want to make her a deal. She can accept an unorthodox punishment, or see how she fairs at a trial in front of a judge.

Garnet nervously says that she didn’t do anything wrong, but Nyxon reminds her that they have some pretty sold evidence against her. Garnet knows that she won’t win a trial, and the thought of going to jail really scares her, so she reluctantly agrees to Nyxon’s punishment.

Nyxon grabs a sponge and tells Garnet to open wide. She shoves the large sponge inside Garnet’s mouth and seals it in with some tightly wrapped duct tape. Next, Nyxon tapes up Garnet extra tight with the tape, and tells her to struggle while the DEA watch from behind a 2 way mirror. 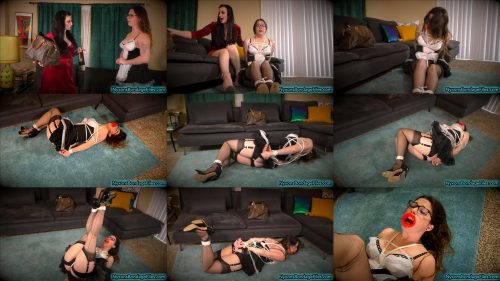