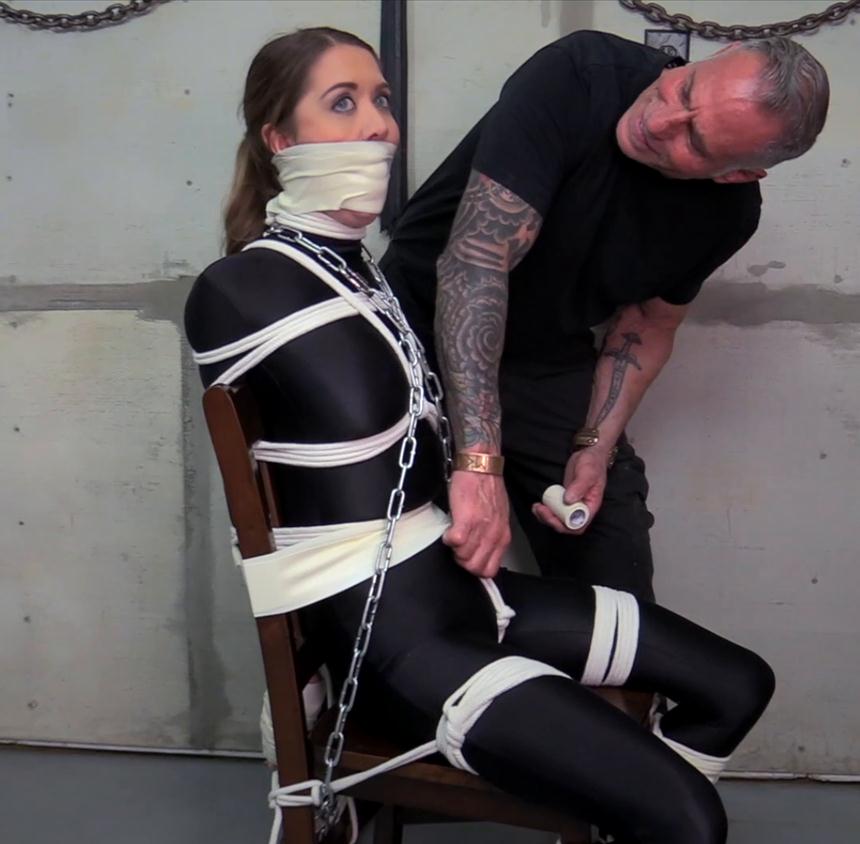 Chrissy Marie is a dangerous and cunning spy that has been captured by a villainous organization when she infiltrated their headquarters in an attempt to thwart their plans for world domination. The scene starts with Chrissy waking up bound to a chair with minimal amounts of rope and cleave gagged. She is interrogated by one of the henchmen and as the interrogation progresses the henchman adds more and more rope to Chrissy until she is very heavily bound in an excessive amount of restraints and unable to escape.

Finally she is gagged with both a ballgag and microfoam tape wrapped over the ballgag and around her head several times then her hands are also taped to ensure that she won’t be able to untie any of the knots. The henchman leaves Chrissy to struggle helplessly as she gag talks and contemplates her escape plan, which has now become impossible to achieve. 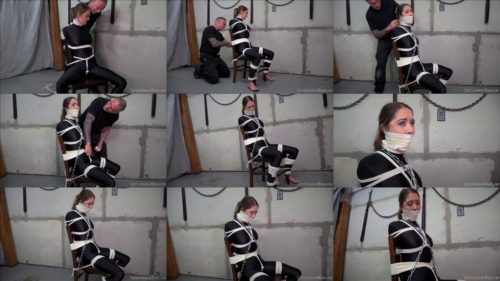 Cinched and Secured, Bounded to a pole - Genevieve’s Tearful Tit Torment
Rope bondage - Arielle Lane is bound and gagged with harness rope – Coerced into Bondage
Dixie Comet, Elizabeth Andrews and David Andrews: Information for Bondage
Metal collar for cute slavegirl Juliette is tied tight ropes - Juliette Getting Her Ropes - Tight b...
Juliette is cuffed and gagged with ropes, The slavegirl gets a mask to sharp her senses
Rope Bondage - Bound Madeline Marlowe with rope and gagged with duck tape - The Housewife
Ashley Lane loves to be tied up tightly - Rope Bondage – Feeling Blue
Anna Ok is arrested by undercover and put handcuffs on, wears jumpsuit part 2 of 2