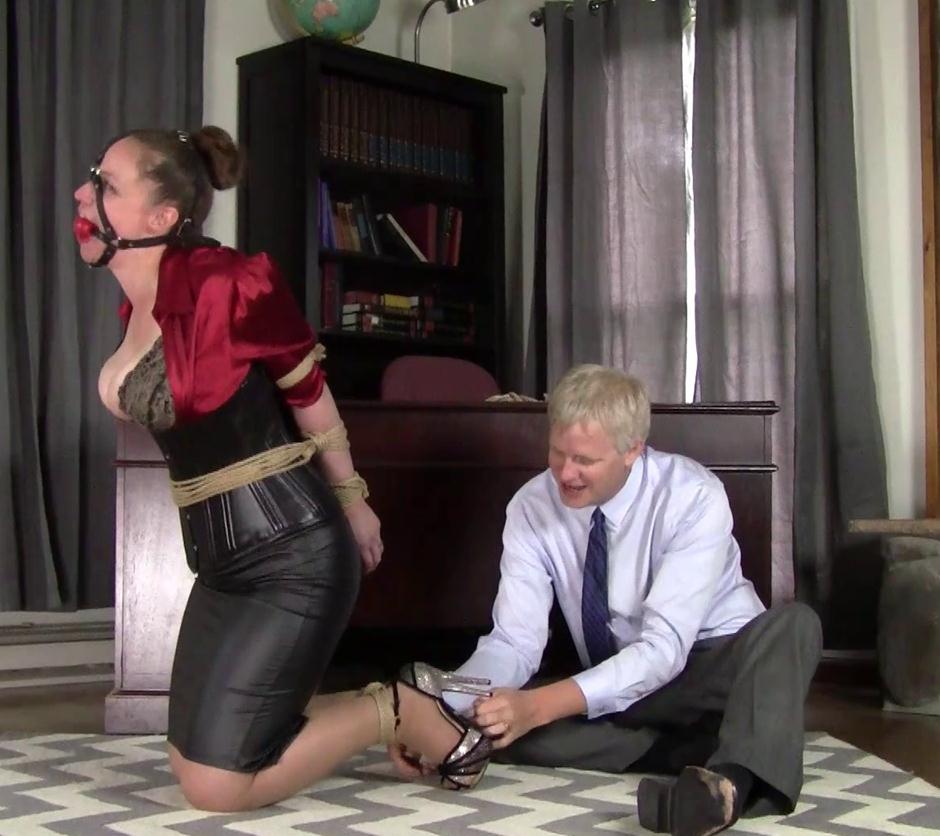 Pepper is dressed in a shiny red blouse, corset, and shiny skirt when Mr. Big Boss enters the room seeing that shes gone a bit of a more kinky route with her outfit. The Boss isnt entirely oblivious and maneuvers around the desk grabbing some rope out of his desk and quickly pulling Pepper out and in front getting her arms behind her and binding them. Next he grabs a red harness ballgag strapping it onto her head after roughly shoving it into her mouth. Peppers elbows are next with her forearms being welded together and they soon become a nice anchor point for the rope that Mr. Big Boss ties to her head harness.

Pepper realizes what is happening a bit too late and the Boss has some fun with her in the tight tie with a riding crop before leaving her in her very awkwardly bound position. When he returns he binds her arms tightly to her body before making her kneel down on the carpet and binding first her ankles before leaving her to struggle. She reaches for the ankle ropes causing herself to topple over in her bondage onto her side and the carpet. Pepper drools as Mr. Big Boss lets her know that hes going to leave her like that while he goes to the engagement that they had planned anyways. Pepper fumes from behind the ballgag but she knows shes not getting anywhere tonight until shes let free. 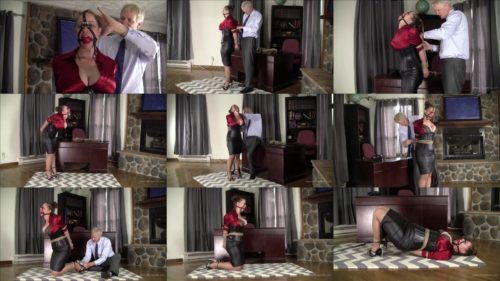