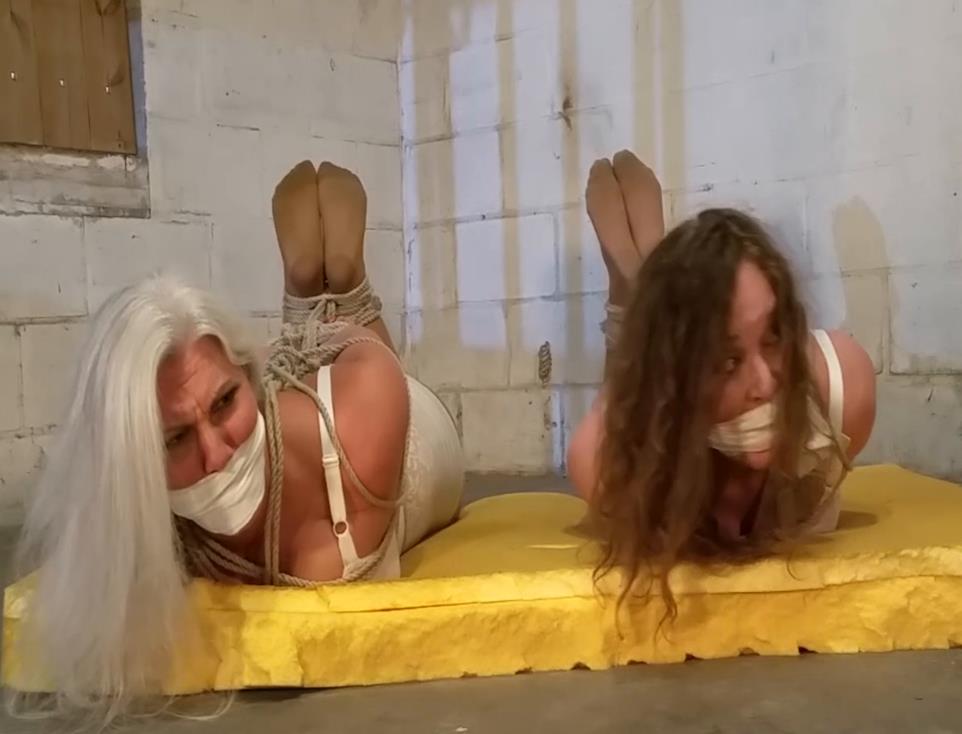 The gal pals giggled to each other, flattered, as they accepted the drinks from the tall, broad and handsome stranger. He smiled but seemed peculiarly silent preoccupied. They can remember the first swallow of wine, but not the second. The bar became a blur; the unknown suitor became a brooding brute… Sandra and Lauren have been stripped down to their stockings and white, vintage, full body girdles; brunette curls and silver waves of hair streaming over bare shoulders as the tightly tied twosome are pushed into view in the cage they’re held captive in.

They can’t say a thing, thanks to the fabric wrap gag sealing their mouths shut. Their hulking harasser retrieves Sandra, loosening her ropes for a mere moment of relief before even further restrictions befall her. He places the fine form of the buxom broad on a makeshift mattress and hobbles her with a hogtie. Next he returns for leggy Lauren, similarly cinching her ankles to her wrists atop the ripped foam floor covering, showing her sheer pantyhose soles, filthy from the concrete. Their bondage unforgiving, both bound and gagged girlfriends are left to struggle in their super strict rope restraints… 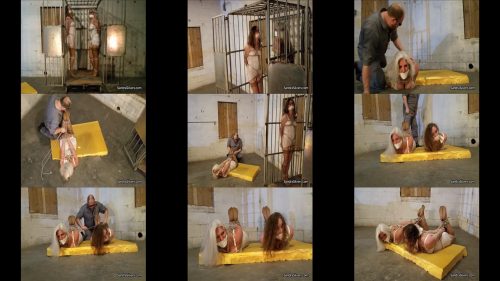