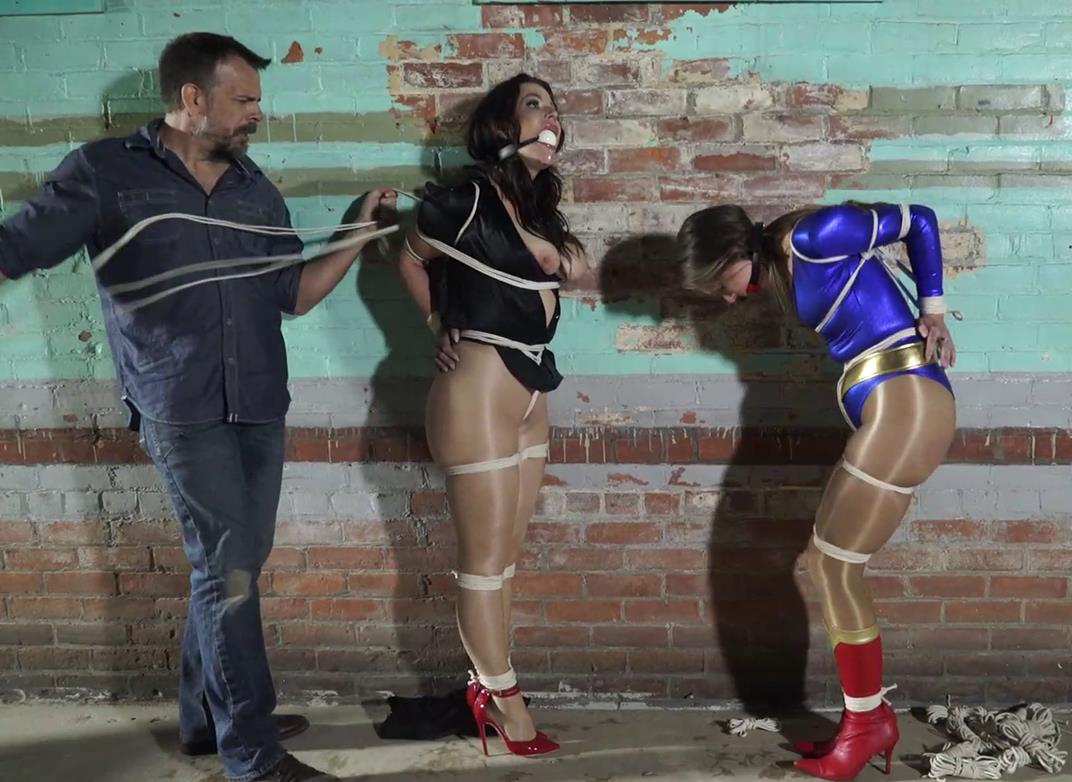 JJ Plush a police commissioner has been captured by bad guy Eric Cain. She struggles spread eagle in the legs with arms together above her head on the bed. Ultra Girl, Rachel Adams tries to come to the rescue but sadly she is captured by Mr. Cain as well.

The two ladies struggle hopelessly on the bed together, wigging and mmphing about and not getting anywhere but that doesn’t matter Mr. Cain has other ideas and they soon appear someplace else.

The Commissioner tied to a rusty post and Ultra Girl spread out in a not so lady like way on a table. Both women are ballgagged and the Commissioner can’t help but gag and drool all over the place.

He comes in and gropes them both and puts a terrible crotch rope on Ultra Girl, but, their ordeal is not over yet. They appear tied standing next to a wall. They try to get each others knots undone but fail miserably before the bad guy appears again, piling many more ropes onto their bodies and removing ultra girls shorts and JJs skirt.

The ladies get put into chicken wings and are put on the floor and hogtied. After a while he adds a rope attaching them to the ceiling so they can’t roll and get to one another to work on the knots. Then he adds tape around their ballgags and leaves them there miserable 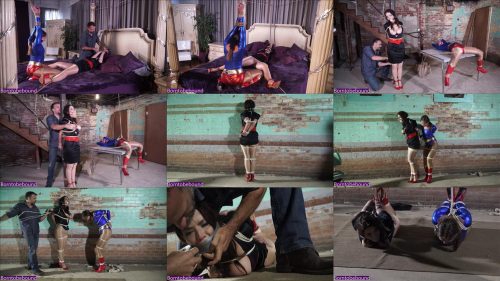