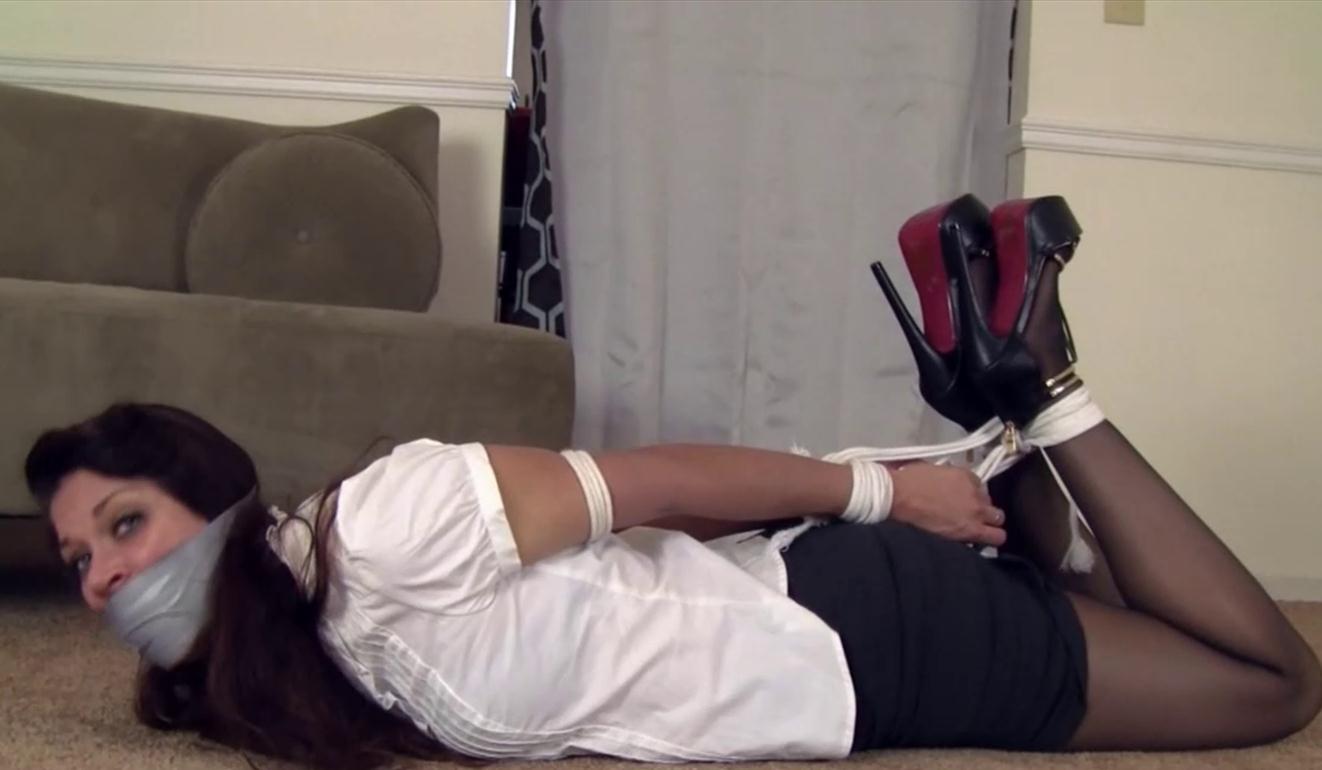 Ren has an incompetent repair man in her midst and he just cant seem to figure out how to get her heat problem solved. She gets increasingly verbally abusive until the man has just had enough and finally grabs her and after forcing her to the ground, wrestling her into bondage. With her wrists and ankles bound the man gags her and wraps silver tape around her head to secure the gag in. Ren isnt done and struggles more to stop him as he rotates her around and binds her elbows. Shes then left to struggle on her feet while the man checks her house out for potential valuables. Ren gets to the ground, but before she can get anywhere he returns and hogties her. After teasing her for a bit he leaves her in her tight hogtie begging to be released.

Stephanie Pearle is being tied up with ropes - Rope bondage -Caught Cheating
Shelby Paris Bondage - She is panel gagged, taken down and bound with ropes
Super tight Bondage with ropes for busty girl - Extreme Hogtie in Public for Minuit - Extreme bonda...
Karly Salinas have to stay tied up and gagged on a chair - Office Girl -Rope bondage
Isean is bound and with a leather muzzle – White Latex Predicament - Rope bondage
Breath control - Elise Graves Under the Pump - Extensive collection of bondage gear - the hand-craft...
Leather bondage - Slave bounded Juliette in mask and her Master - Preparing The Slavegirl
Tie Angel Severin up with red rope and her favorite new gag - Bondage Rope - Domme learns the ropes-...