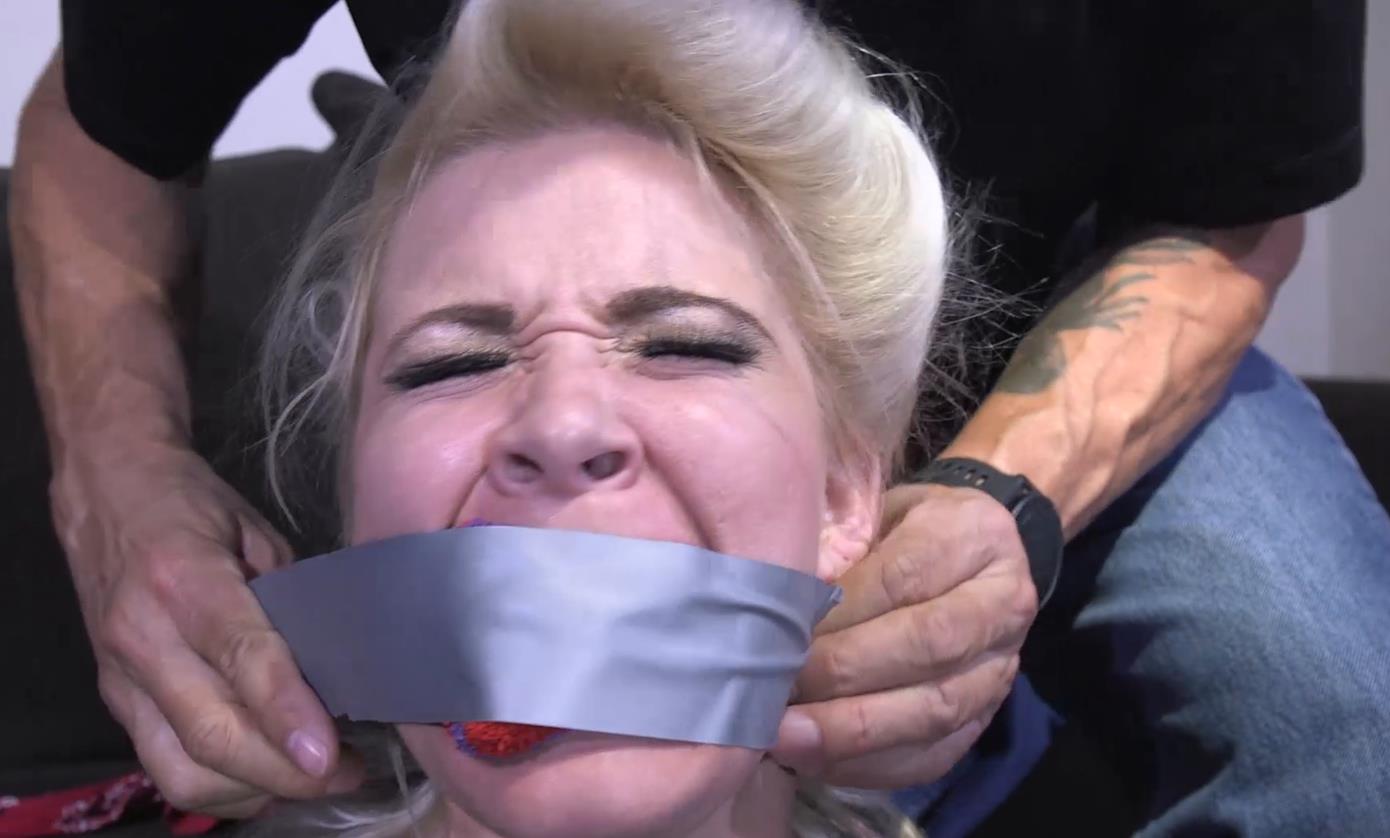 Whitney’s boyfriend owes this guy a lot of money and has been having a very hard time collecting. So now the man has decided it is time for drastic measures. He has Whitney at his place. She is tied up tight with speaker wire and has her mouth stuffed and gagged. After letting her struggle for some time, the man calls her boyfriend to let him know what is happening. But so the boyfriend will know he means business, he lets Whitney plead with him over the phone.

“What have you got me into!” she screams at her boyfriend. She then tells him how horrible it feels to be tied so tight and painful. She also lets him know the man has touched her all over and has threatened to have his way with her. The phone is pulled away and the man makes arrangements for the boyfriend to deliver his money. He then gags Whitney again. This time with a huge sock and tape. He also crotch ropes her into a hogtie. He leaves her struggling bound and gagged with her tits out. 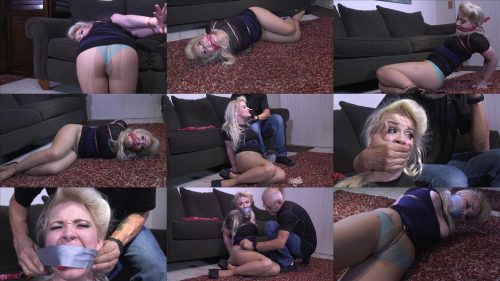