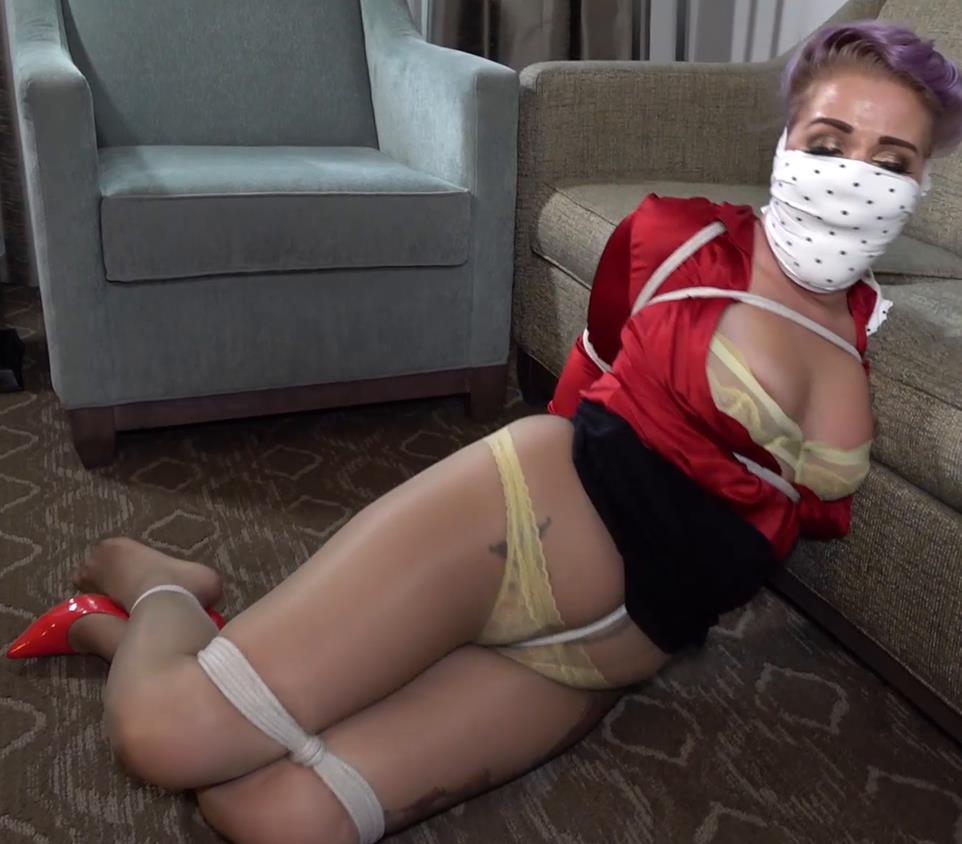 Whitney knows this man is not going to let her leave, and she is OK with that. But then she finds out that he is going to tie her up, and this poses a problem. The problem is, being tied up gets Whitney very turned on and she really interested in letting this man have his way with her. So, she begs him not to tie her. But a short time later, Whitney finds herself tied tight and she can already feel herself getting turned on.

But then the man gets ready to gag her and Whitney becomes very concerned. Because being gagged is going to send her over the edge and she knows that she will definitely want this man sexually. “If you stuff that in my mouth, I am going to have a orgasm!” She warns him. But, the man pays no attention and now Whitney finds herself struggling bound and gagged.Then, things get really bad as the man crotch ropes her. This makes Whitney lose control and her moans get loud. So, the man adds another piece of clothe over her gagged mouth and nose. 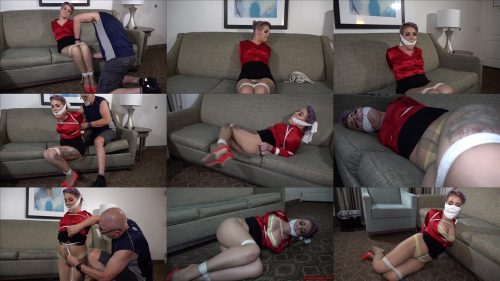