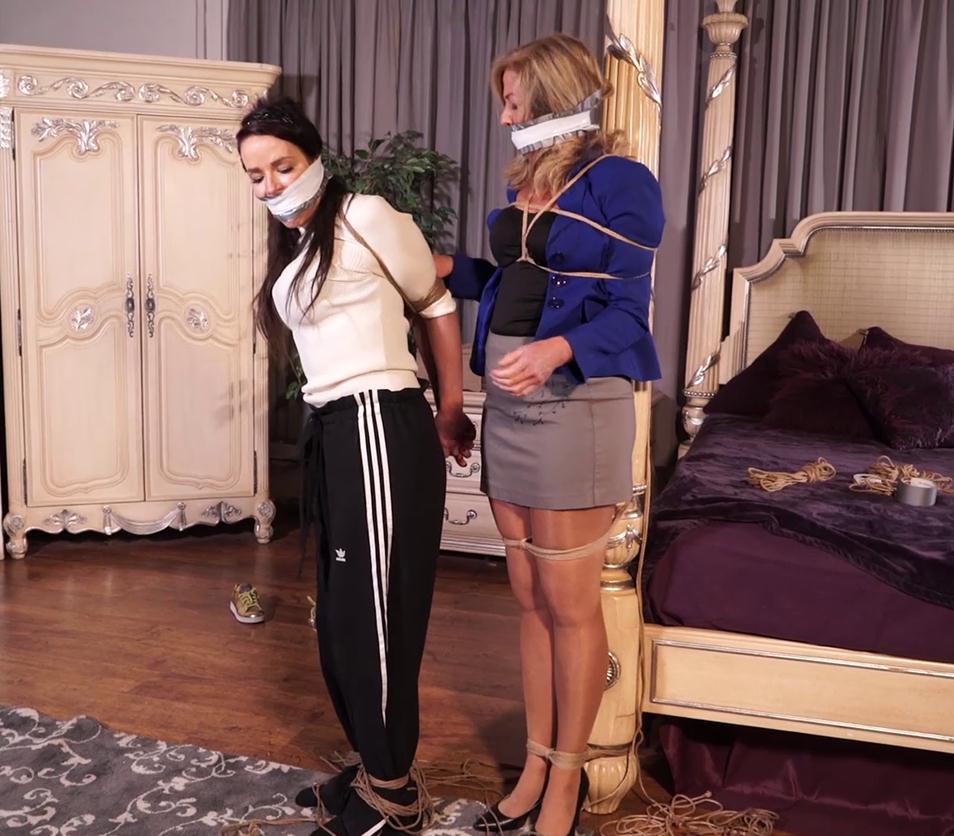 JJ is minding her business when two people she owes a lot of money to show up at her door demanding the money she owes them only she doesn’t have it or the stuff she was supposed to sell to get that money. They decide to rough her up. They even gag her with the womans panties and hogtie her on the floor. The man is angry with his female helper, Dakkota and turns on her because it was her idea to give JJ such a large amount of stuff to sell. He attaches her to the post stuffs her mouth and wraps her head with duct tape and then white tape. Once he takes off with just a small amount of product and money JJ manages to get the hogtie rope off, stands up and starts to come to the aid of the woman that had first shown up to do her harm… They both work hard to free themselves, too bad they can’t call the authorities on that guy. 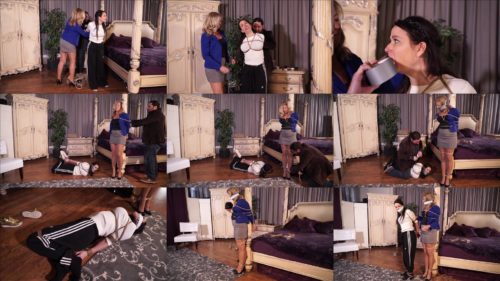