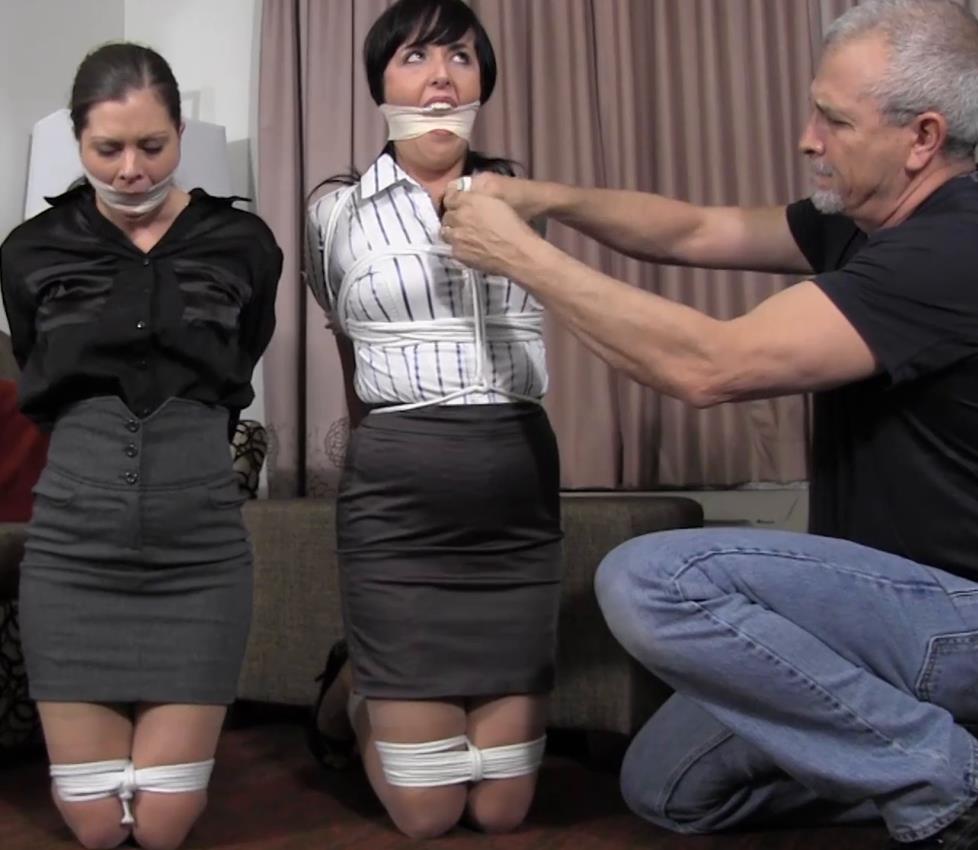 A man has grabbed Riley and Dixie and has made them take him to their room so he can rip them off. He makes them sit down and tells them not to move. As the girls talk to each other, Dixie wonders why the guy is not trying them up. Riley tells her to be quiet and not give him any ideas. But Dixie tells her friend that she has been tied up before, but not by a real bad guy. She tells Riley, that being tied up for reals is one of her fantasies and the idea really has her turned on. So Dixie calls the man over. She tells him that if he wants the girls to cooperate, he is going to have to tie them up. A short time later, he has both girls trussed up tight with rope. But Riley isn’t so sure this a good idea. She even gets Dixie believing the same. But before they can say anything else, the man stuffs their mouths and tapes them up to gag the girls. He then strips them down to their bras, panties and garters. Then things get really bad when he pulls their bras down and hogties the girls on the floor. Now struggling bound and gagged with their tits out, Dixie is not so sure this is what she had in mind. Later the man leaves them as he makes his escape. Dixie wont admit it, but she is a little disappointed that the man didn’t do anything naughty to them before he left. Now she is left with Riley to try to get loose. The rope is tied painfully tight and who knows how long it will be before someone comes in to find them and release them. 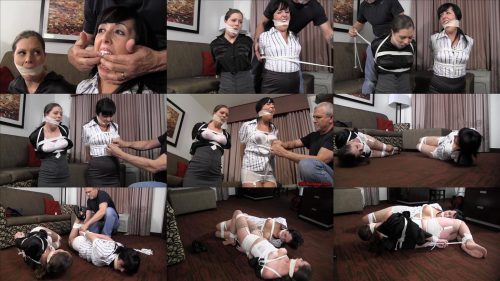