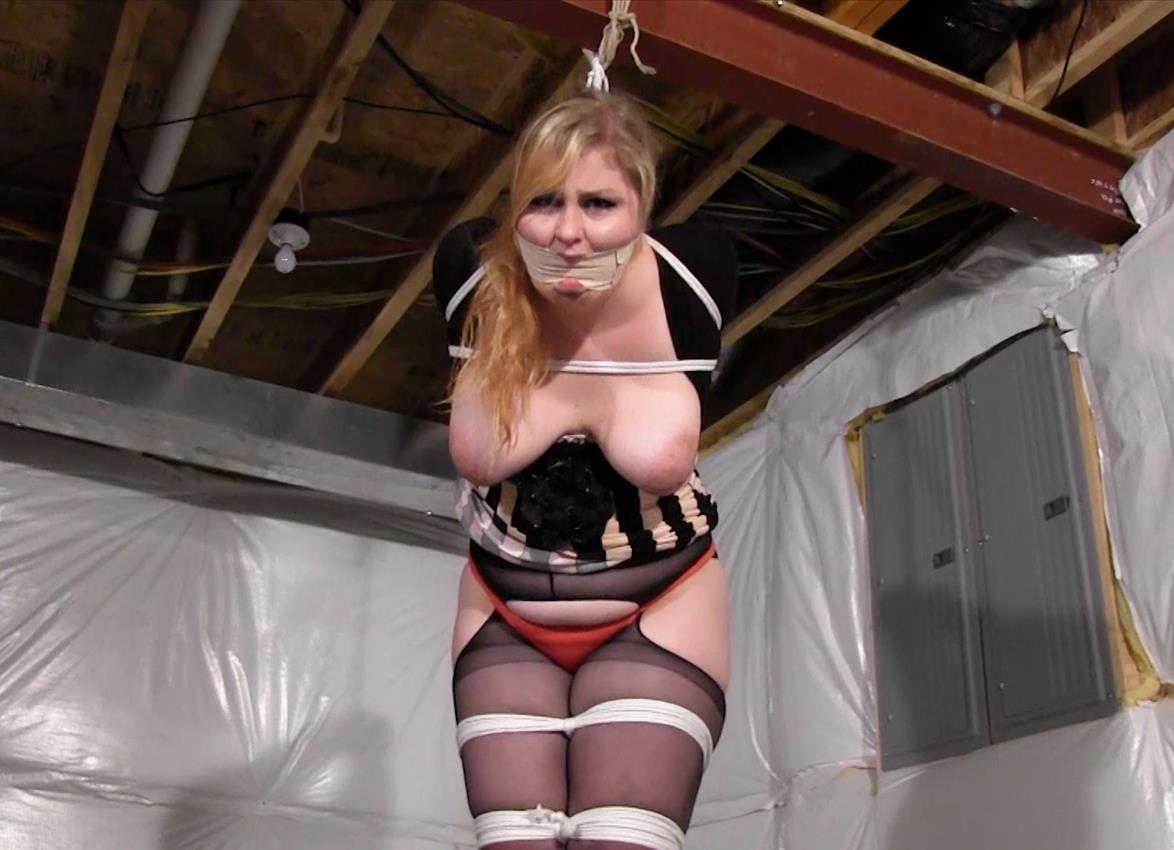 Jenna is trying to get some work done in her basement. But first she needs a building inspector to sign off with the electrical wiring. But when she gets the man down there to inspect, he refuses to sign off on the wiring because he says it is not done right. “I’ll do anything!” she tells him. When the man finds rope in the basement, he asks Jenna what she uses it for. She tells him that she likes to be tied up. Hearing this, the inspector tells her that maybe they can work out some kind of deal.

Seeing her chance, Jenna offers to let him tie her up and a short time later, she finds herself tied up on a chair. But now she has a problem and the getting the wiring job approved is now far from her mind. Because being tied up like this has her very turned on. Then when the man stuffs her mouth and ties a rag over her mouth to gag Jenna, she can hardly control herself.

She moans as she squirms on the chair. Somehow, the man figures out that Jenna is really willing to do anything he wants to get her way and he is going to take advantage of the situation. But first he re-gags her by stuffing and taping her mouth. Then he makes her hop over to a spot where he can suspend her from an overhead beam. He ties her with her arms pulled up into the air so she is now bent over with her boobs out. When he lifts Jenna’s tight skirt and notices she is wearing crotch less pantyhose. The man leaves Jenna tied like this as he finishes signing off on her inspection. As she hops around and bounces her big tits about, Jenna can hardly wait until he returns to pull her panties down. 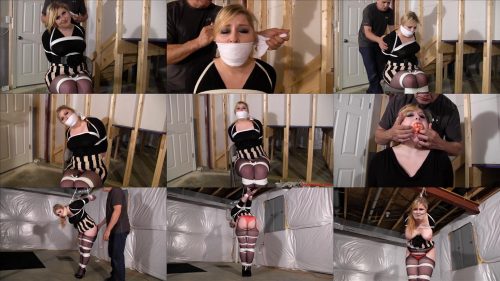