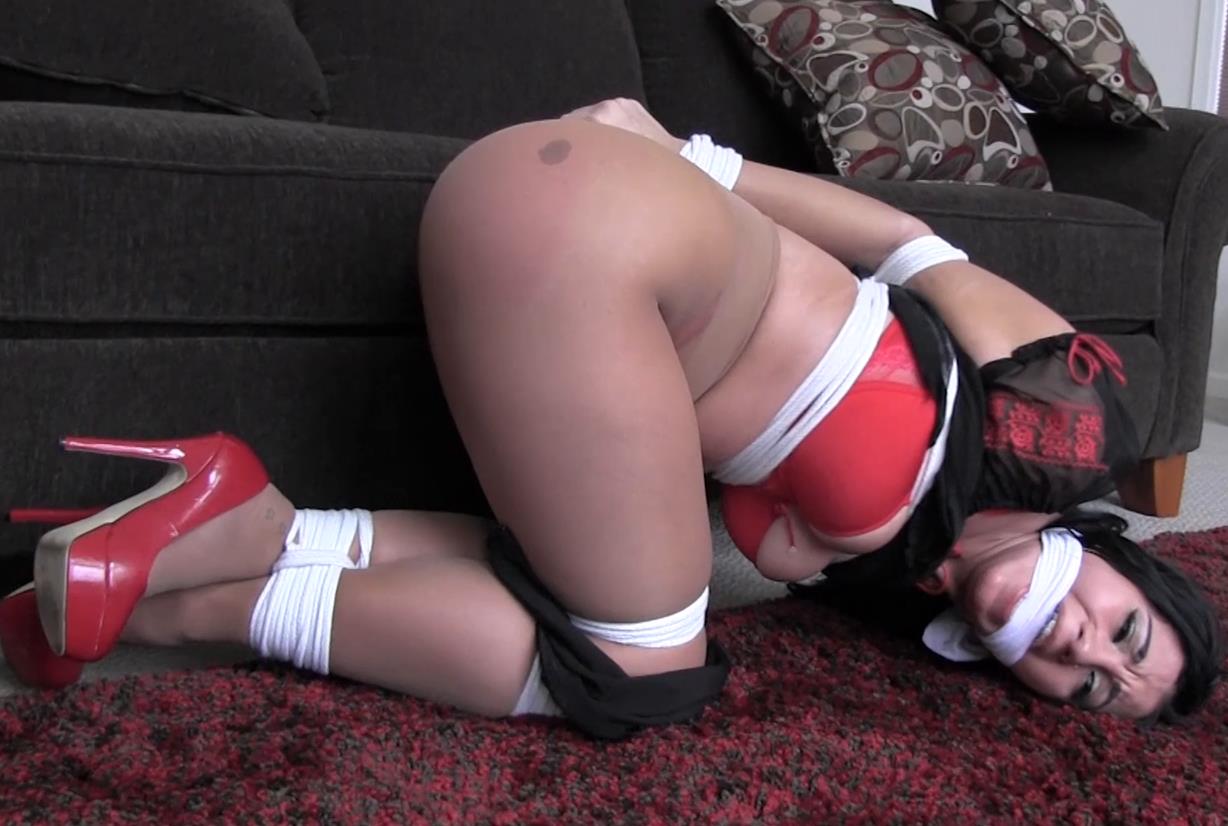 Sahrye thought her neighbor was not home when she broke in. She needed money desperately and knew he had a lot of expensive stuff she could sell. Unfortunately for her, he came home early and caught her. When he told her that he was calling the authorities, Sahrye begged him not to. She literally got down on her knees and told him she would do anything he wanted if he just didn’t turn her in. When she saw this was going to work, she was very happy.

After all,all she had to do was pull her panties down and spread her legs for him. Actually the thought of that really turned her on. She felt this was going to be a win win situation and maybe she could still get the money she needed. But things didn’t necessarily work out that way. Yes she was going to get her panties pulled down and yes, she would going to get the money she needed.

But not the way she expected. because the man really had some kinky ideas and Sahrye soon found herself bound and gagged in his living room. The rope was tied so tight that Sahrye was in horrible pain as she struggled on the carpet. The panties stuffed in her mouth to gag her were tied in so tight that she had to fight from choking on them. But with her legs tied so tight together, she had no clue how he was going to get into her panties.