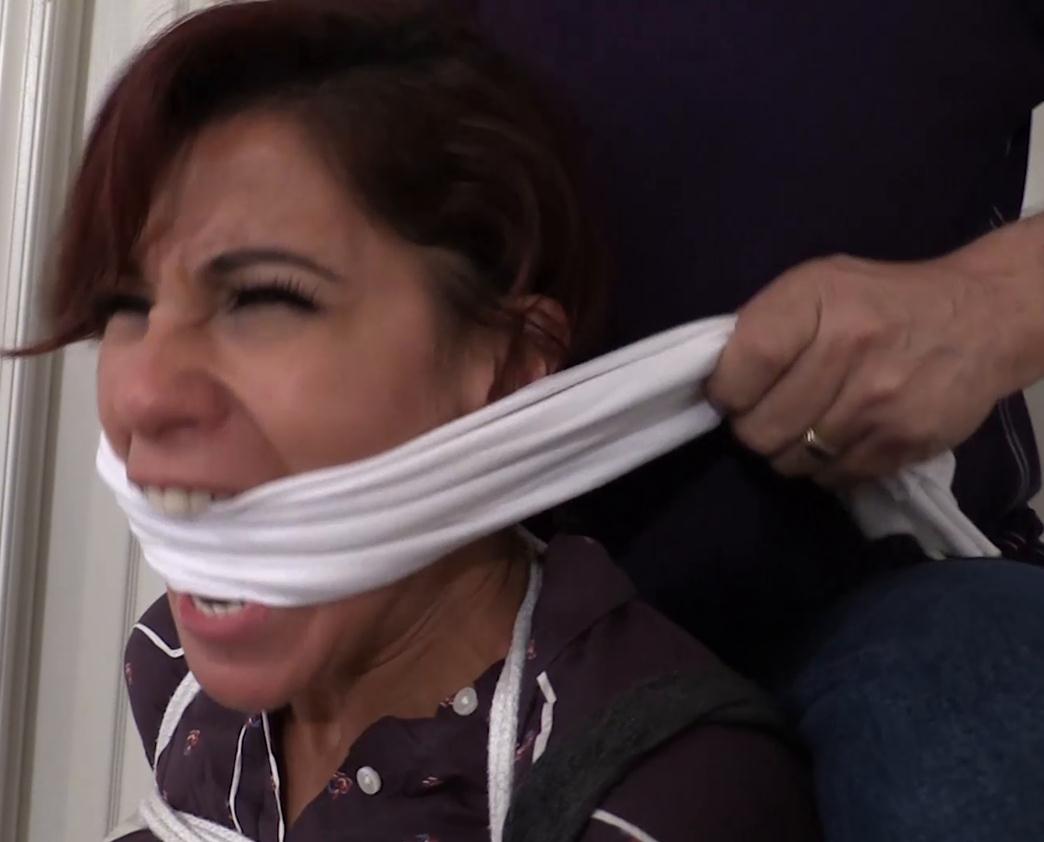 Detective Sahrye is working a case and is questioning this man in his house. She shows him proof that he is involved in her case and wants him to turn over some evidence. He lures her into his basement, telling her that the evidence she is looking for is down there. But when he gets her down, there, he over powers her and ties her up. To keep her quiet, he stuffs her mouth and ties a thick cleave gag tightly between her teeth. When he leaves her struggling bound and gagged, Sahrye comes up with an idea.

“If I could just get up those stairs!” She thinks to herself and then slowly works her way up. But just when she reaches the top, the man catches and takes her back down stairs. This time, he is going to make sure she cannot get away. He ties her in tight ball tie and now she can hardly move. To quiet her even more, he ties another rag over her mouth and now there is no way anyone will ever hear her. 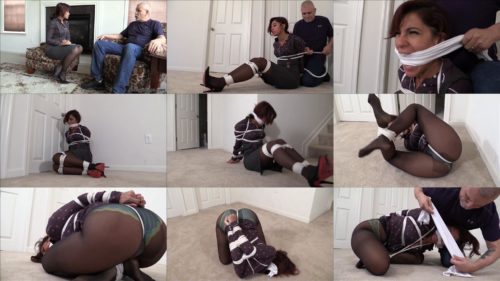