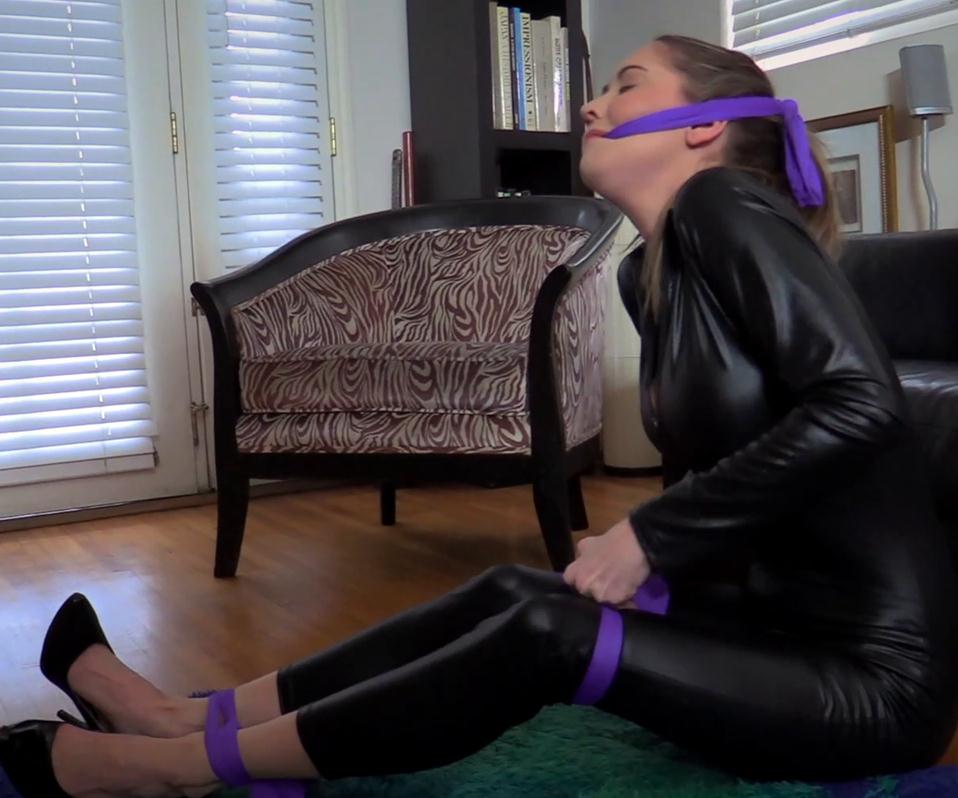 Chrissy is an undercover cop who is talking to her partner on the phone, occasionally uncrossing and crossing her legs. She tells her partner about how that robber who kept her tied up and gagged for days was finally caught and is in jail but now there have been reports of two guys in the area robbing women and tying them up with purple stockings! She really wants to catch these guys to get her revenge and mentions there is a new detective helping her on the case and that he’s really cute. She’s going to call him to test his speed on backup.

Chrissy uncrosses and crosses her legs again and we get a close up of her legs and heels. Then Chrissy calls the cute new detective and tells him those 2 thugs may be in the area so be on alert. The last guy tied and gagged her with purple stockings, dragged her down to the basement of an old building and kept her there for days. After hanging up she wait a little while then decides to call him back and test him. Those 2 thugs are here!

Come quick! then hangs up. Chrissy smiles and sexily crosses her legs over the chair. After 30 seconds she calls back to say she was just joking and flirting with him. However she isn’t done having her fun. She ends up tricking him another time before telling him it was a just a test and it won’t happen again. Little does she know she just cried wolf one too many times. Now when she really needs help he might not believe her! 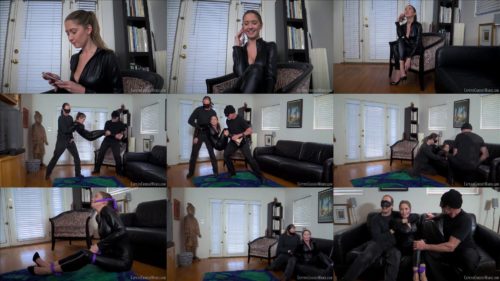