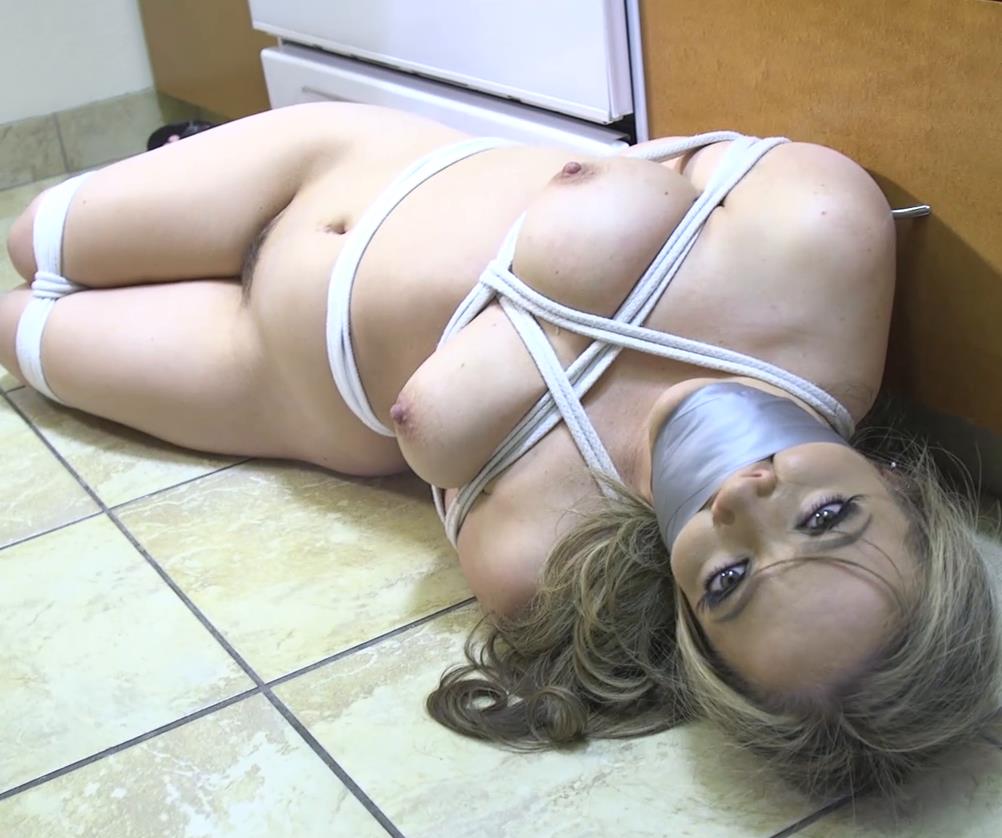 Against his better judgement, he has agreed to let Carmen his step daughter spend the weekend with him while her mother is away. He had warned his wife about Carmen’s sexual advances toward him. But she didn’t seem to care. So, he warned her not to be surprised if he ended up fucking her daughter while she was away. Sure enough, while he was on the phone, Carmen walked in. Right there in front of him, she started to take her clothes off until she was completely naked. So, step dad decided to teach his slutty step daughter a lesson.

When he grabbed her, and started tying her up, Carmen thought it was just some form of foreplay and she didn’t resist. It wasn’t until she was completely trussed up that she realized that her step dad had no intention of having his way with her. Before she could complain too much, her mouth was stuffed and taped to gag her. Carmen tried to protest as she was roughly hogtied on the floor. But all she could do was bounce tits about as she struggled bound and gagged on the kitchen floor. 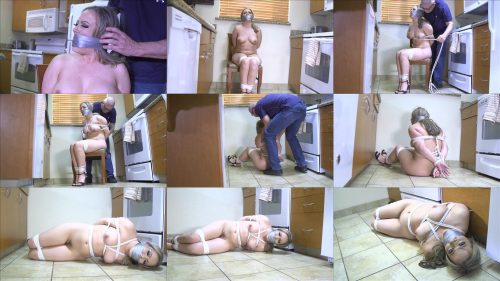