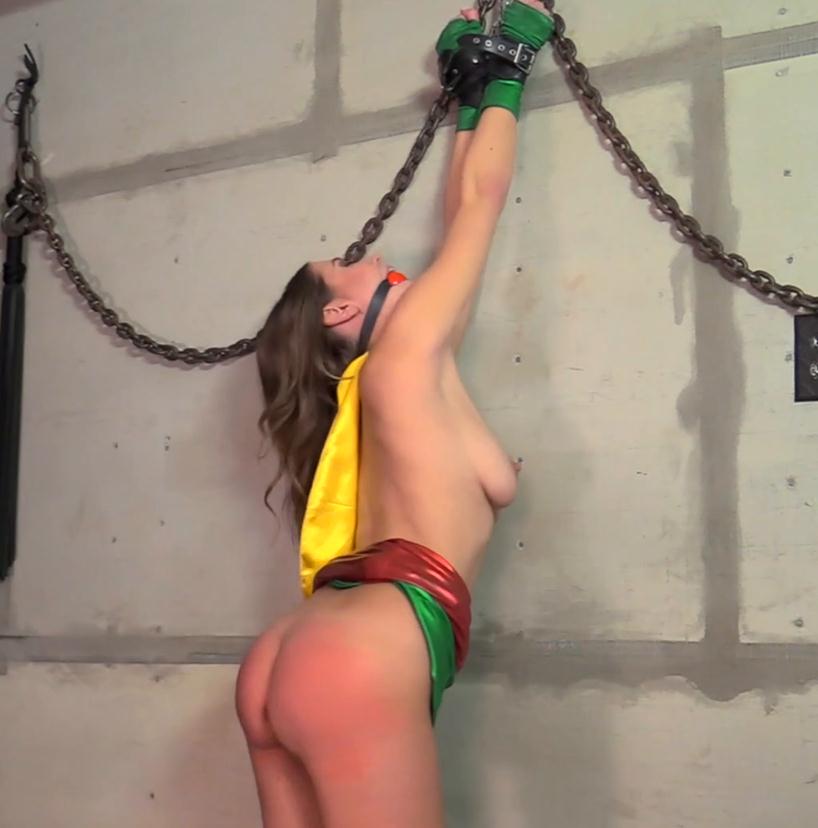 Now Robin stands bound with her arms stretched overhead awaiting an unknown fate. Evil Dr. O approaches and continues tormenting and groping the helpless superheroine as she struggles and mmmmppphhs in protest. Then he pulls off her thong leaving her almost completely naked except for the rest of her uniform hanging around her waist. He turns her around and gives her a thorough spanking before pulling a large butt plug out of his pocket. Her eyes go wide when he shows it to her.

Robin tries to fight it but he spreads her ass cheeks apart and forces it into her tight butthole. She can’t believe he just violated her ass like that! She’s never felt so humiliated. He proceeds to flog her until she is almost completely broken, but he has one more thing in store to ensure that. He turns her back around and chains her cuffed ankles so her legs are spread apart. 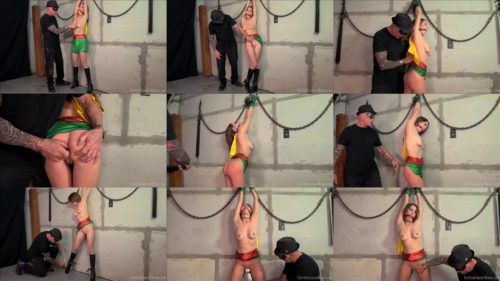