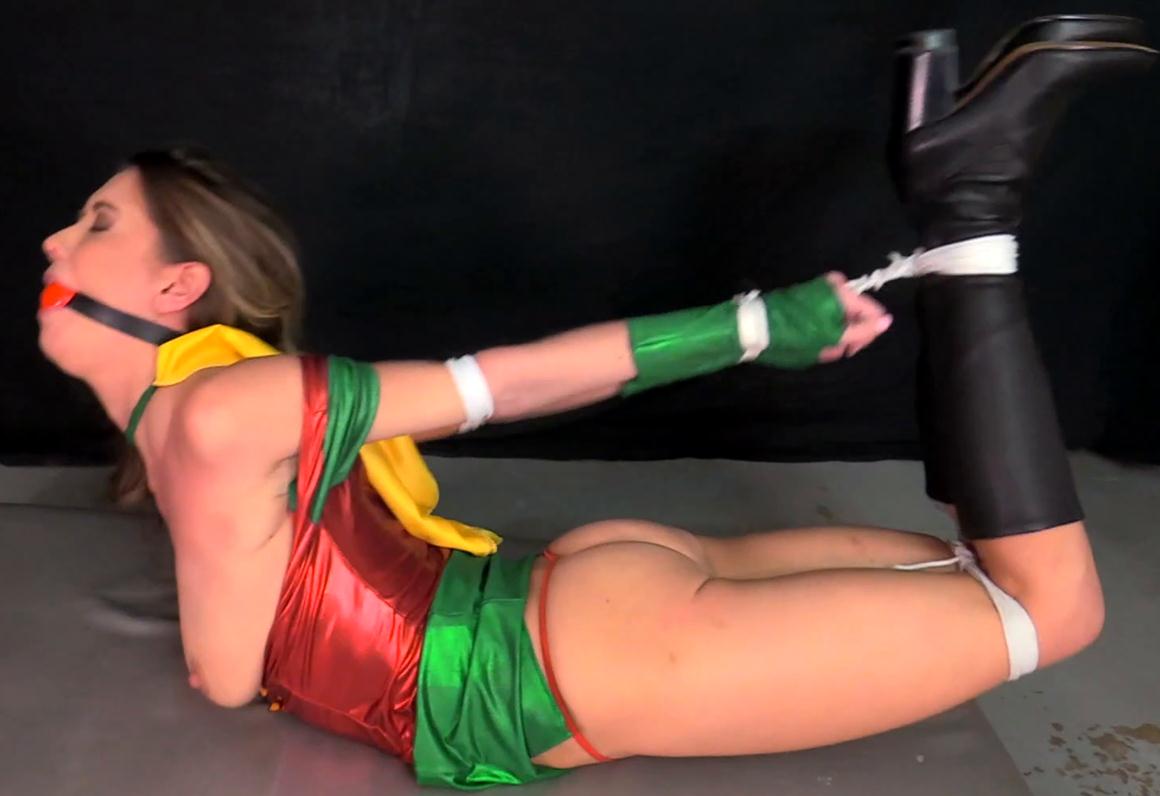 Robin the Girl Wonder has received a tip on the location of the evil Dr. Os secret hideout. She decides to go on her own in an attempt to prove herself as just as capable as the other superheroines. When she arrives she finds a room with a wall full of whips, chains, leather cuffs and other bondage gear. So this is what that evil villain has been doing to his victims! Before she can look any further Dr. O grabs her from behind and clamps a rag over her mouth and nose.

Robin tries to fight him but he is too strong and the chemicals quickly start to weaken her. Soon her struggles start to slow and her eyes flutter closed as she falls limp in his arms. Later Robin wakes up to find herself hogtied on the floor with her elbows welded together. Her mask has been removed and her true identity revealed. She struggles and tries to break free but the ropes are far too tight for her to escape. She thinks out loud to herself that she should have known it was a trap! He tricked her and she fell for it! Surely Batman will come to her rescue soon. After a few minutes Dr. O returns and begins to taunt Robin teasing her for falling for his trap as he gropes her all over.

She threatens him that he will pay for this but the villain reassures her that Batman isn’t coming to her rescue at least not anytime soon! And he’s been wanting to get his hands on his sexy sidekick for quite a while. The evil doctor straps a large red ball gag in her mouth and she struggles furiously as he continues to grope her and expose her breasts to further humiliate the helpless heroine. Robin is left bound, gagged and hopelessly struggling on the floor while the prepares his evil plans. She remembers all the sinister looking implements hanging on the wall and is quite worried…. what exactly does that evil doctor plan to do to her next??? (To be continued…)