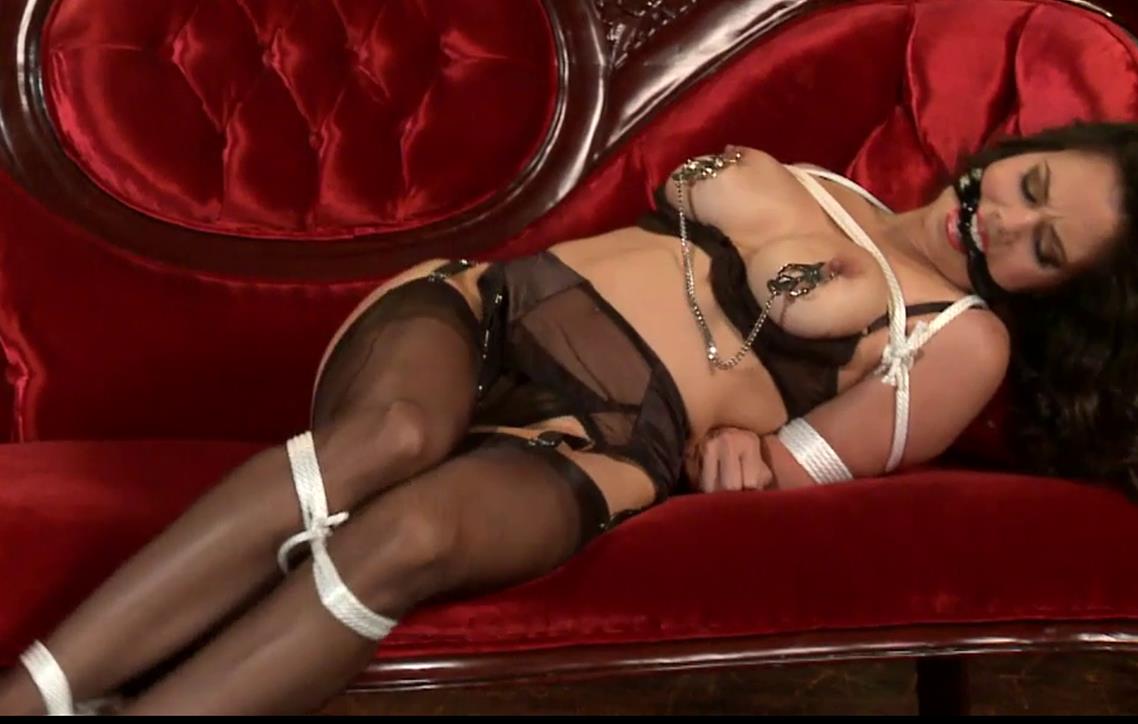 She’s tightly gagged and tied in her lingerie. That’s how we find Julia. Her long legs are a sight to see tied so tightly together. The sound of her stockings rubbing against each other as she struggles is intoxicating. She absorbs the pain in her nipples as the clamps bite down. Listen to her breathe through her gag.

This girl likes bondage!! Jim adds a crotch rope for her to rub against while she struggles for us however, the more she struggles the tighter it will get! He hogties her on the couch and ties her crotch rope into the bondage so she can barely move without it rubbing against her clit! Have a good night Julia. 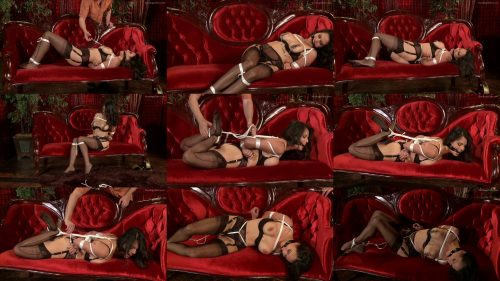