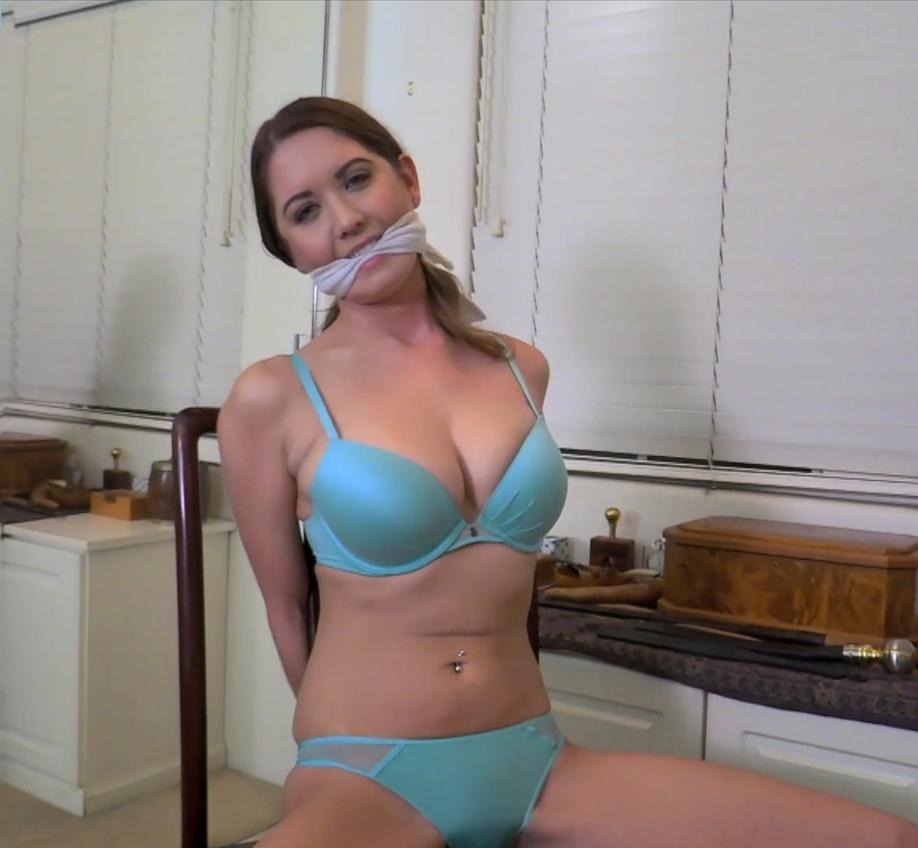 Chrissy wants to be tied up, but not just for a little while. She has a crazy idea that she’s been wanting to try. She wants to feel truly helpless and asks to be bound and gagged and left there for the entire weekend! Her flirtatiously sweet smile makes it an offer almost impossible to turn down! So Chrissy gets tied with her wrists bound behind the chair and her legs spread and tied to the chair legs. As she is getting tied she mentions to make sure it is very tight so that she won’t be able escape! Then she is cleave gagged with a thick white cloth tightly pulled between her teeth.

Once she is bound and gagged she asked to try and get out of the ropes. Chrissy gives it a real effort and manages to escape her wrists tie in just a couple minutes. He is going to have to do better than that! To make it inescapable he binds her wrists even tight then ties the end of the rope down to the bottom of the chair where she cannot reach! She is left there helplessly bound and gagged just like she asked. She struggles and moans into her gag as she enjoys her predicament and wonders if he really will leave her there the entire weekend! 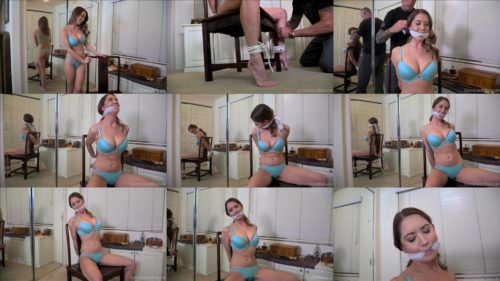