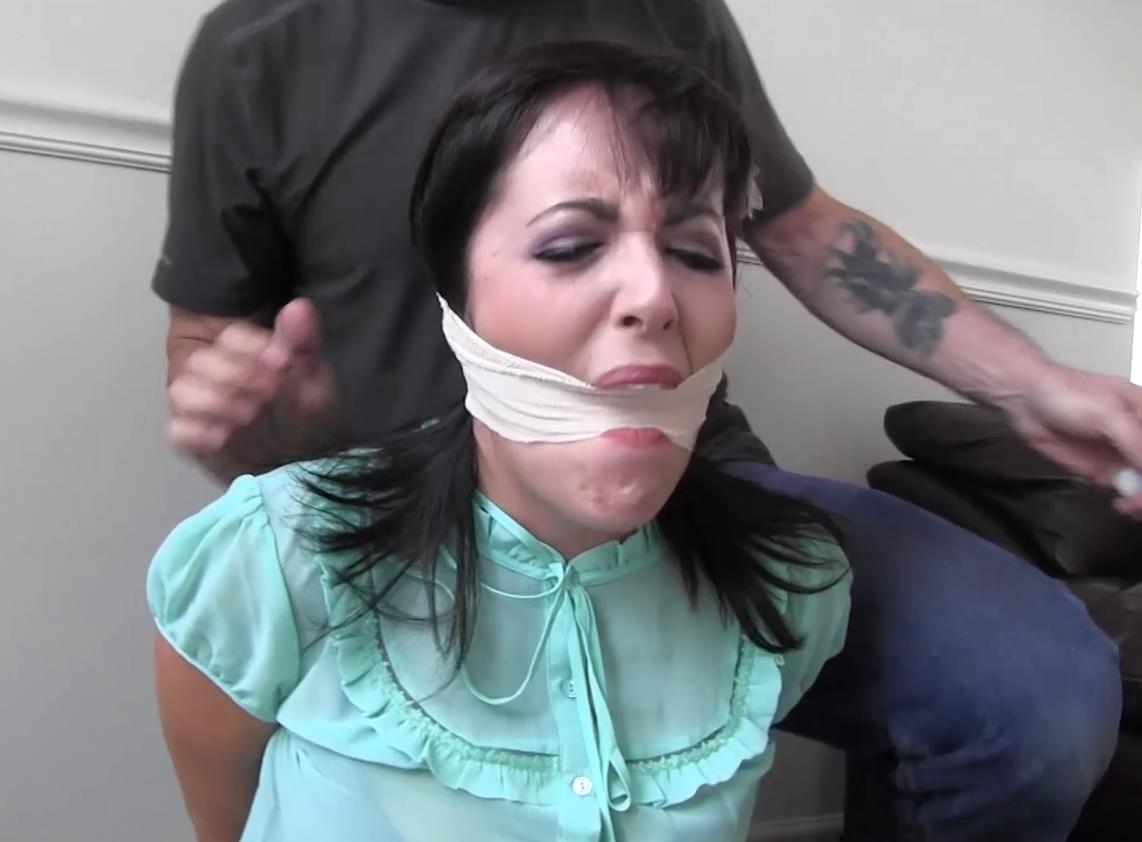 Dixie has found out her best friend is having an affair with her best friend Hannah. So today after finding Hannah’s panties in his car, she confronts her. But instead of denying it, Hannah admits she is fucking him and shows no remorse. So Dixie grabs her and ties her up with rope. Then to shut her up, Dixie stuffs the panties she found in Hannah’s mouth and tapes her up.

Hannah squeals through the gag as Dixie brings out her cell phone camera and starts taking pictures of Hannah all tied up and gagged. Left alone now, Hannah struggles hard to get loose until she hears someone come in. Thinking it is Dixie returning, she is very surprised to see it is a masked man. When he unties Hannah, she explains that her best friend has her tied up like this. So the man re-ties and gags Hannah. He then puts her in a corner on her knees and waits for Dixie to return. 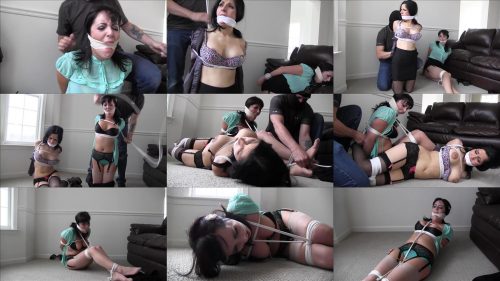