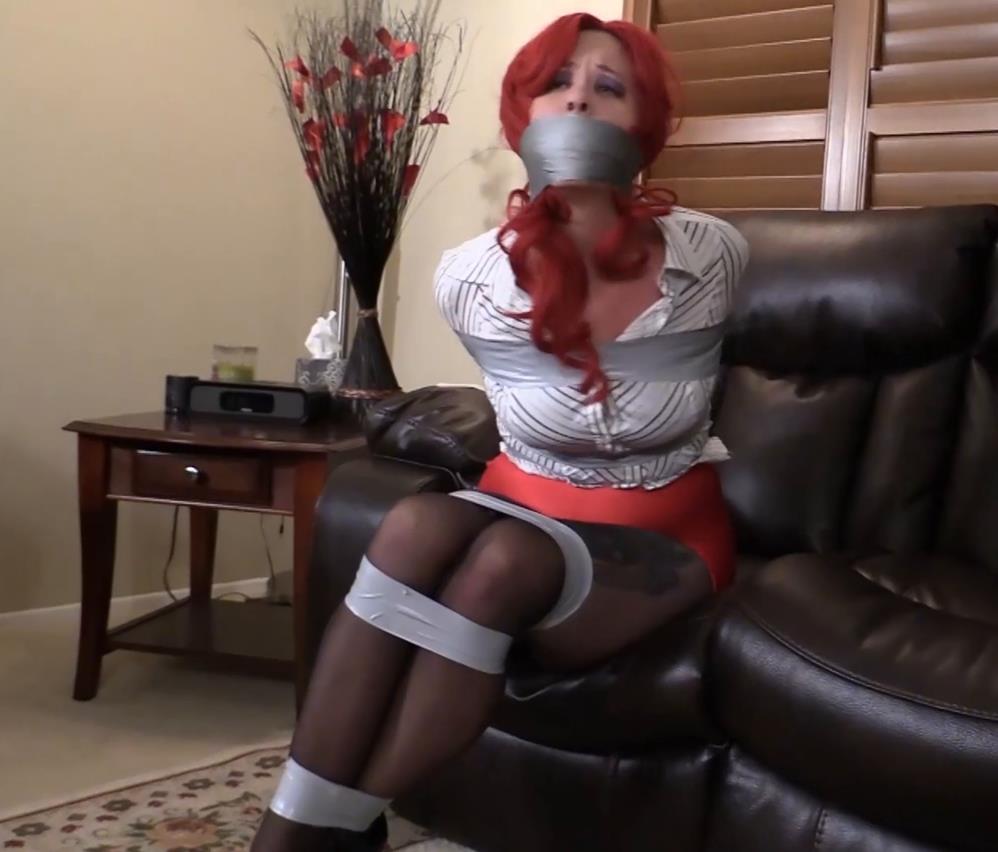 A man takes Deanna into her living and starts taping her up. “Are you really going to tie me up!” Deanna demands to know. He tells her “No, I am taping you up!” as he continues to truss her up. Deanna tries to resist and protest, but once he has her arms bound, the man stuffs and tapes her mouth to gag her. When he is finished, he leaves Deanna to struggle bound and gagged.

Sometime later, the man returns and Deanna now finds out her ordeal is only going to get worse when he rips her blouse open to expose her boobs. Then he unbinds her arms and hands, but only long enough to strip her down to just her sheer pantyhose. He tapes her hands in front of her and throws her over the sofa. Deanna can now only grunt in protest through the gag as she feels the man get up behind her and pull her pantyhose down. 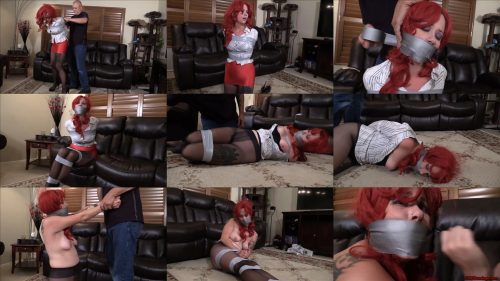