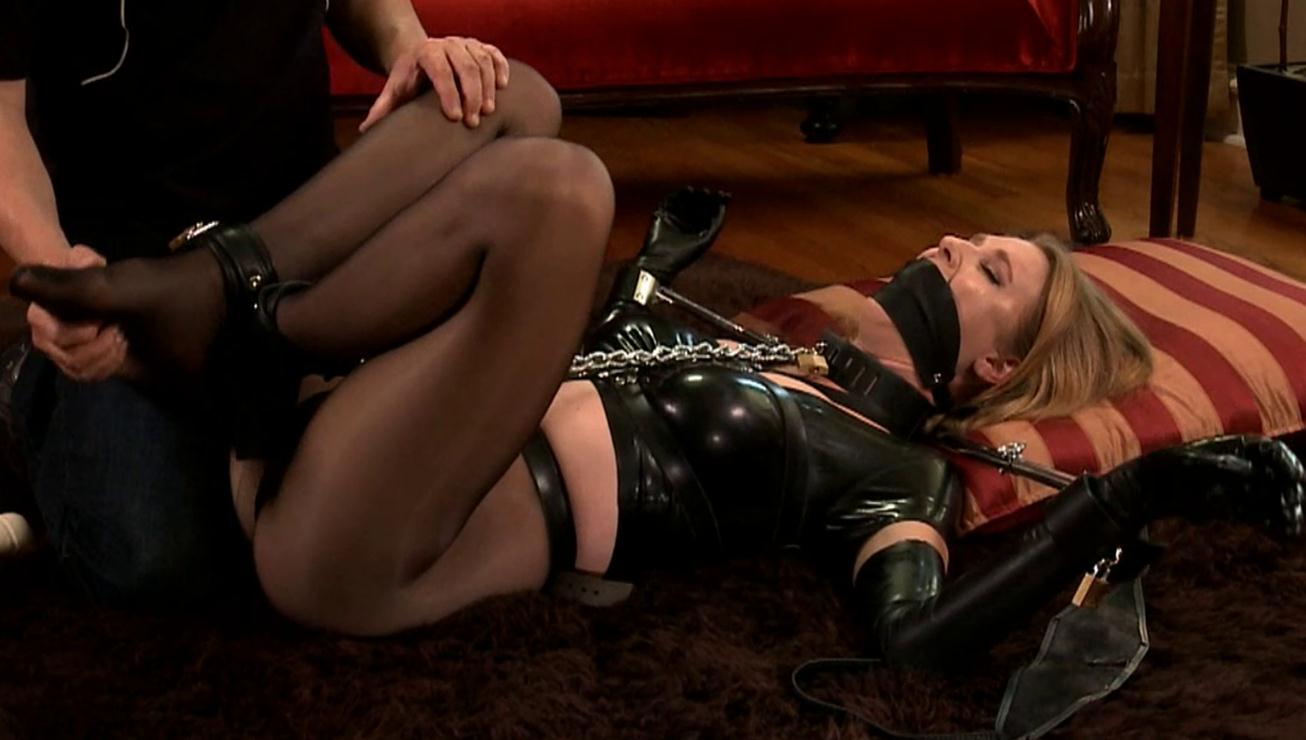 The lovely Ashley has been left alone for awhile. The yoke she is sporting is quite effective, and she is completely unable to get out of it or remove her bonds due to the locks holding her in place. That doesn’t mean she won’t struggle or try to escape. I mean isn’t that the entire point? The thing is that Ashley does love being tied up (amongst other things), so it really isn’t that big a burden to get her dolled up and then make sure she is properly helpless before giving her a little alone time.