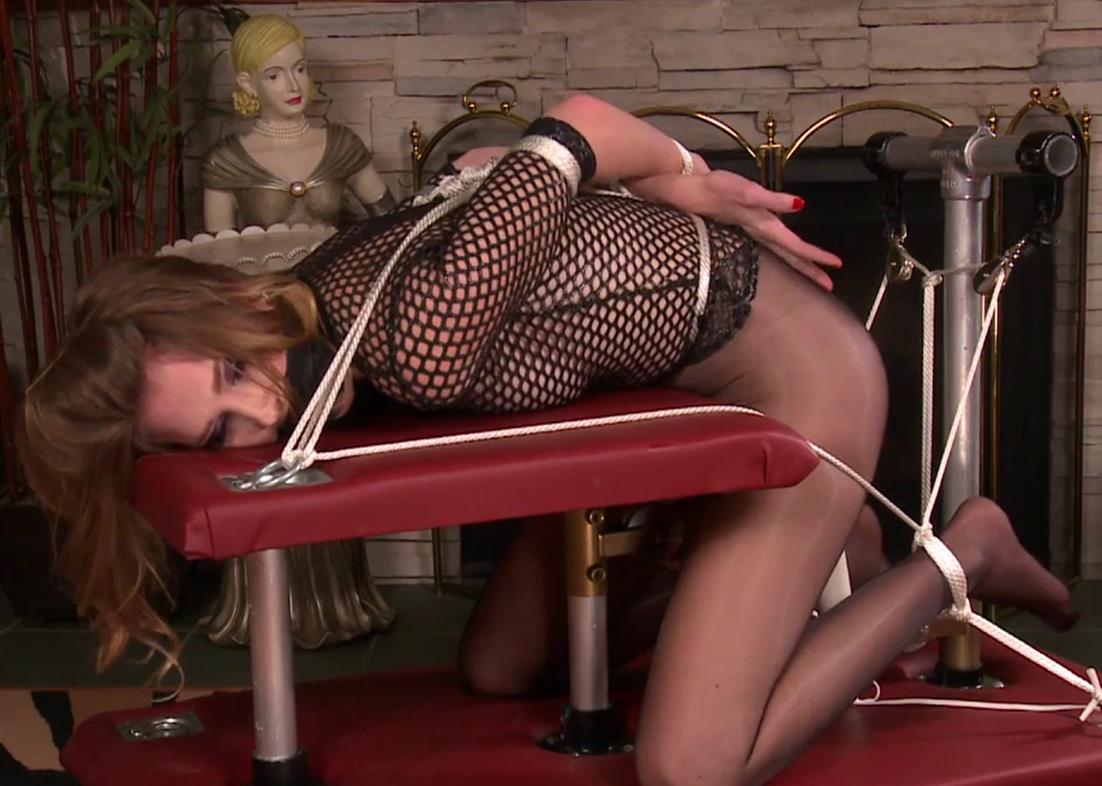 Ashley Lane finds herself in seriously sexy predicament. The infamous doggy cart. Originally created and built by Jim for a shoot with Randy Moore, this very devious device positions the bindee (in this case, Ashley) in what seems initially like a rather comfy position. Kneeling, bent over a padded platform in a doggy style position. The really interesting part comes when you layer in the bondage on top. Isn’t that always the case?

But if you turn it on for awhile (around 2 mins) and then turn it off for a minute and then back on for a couple minutes and then off. and so on, it really does keep the girl wanting more and at the same time, dreading the time when the vibrator is going to turn back on. Ashley quickly discovers this and as the video continues gets more and more worked up, struggling for all she is worth to escape and to come. it is really quite sexy, listening her squeal and moan, and watching her eyes roll back in her head as she comes over and over and over. and struggling to get free all at the same time. Awesome stuff. 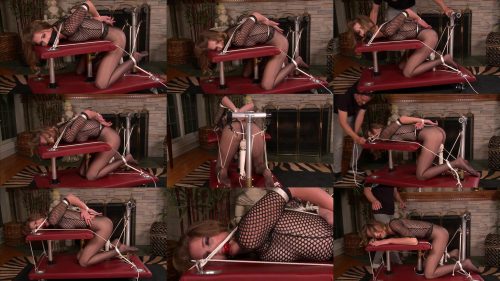